Being Aware - A More Placid Existence 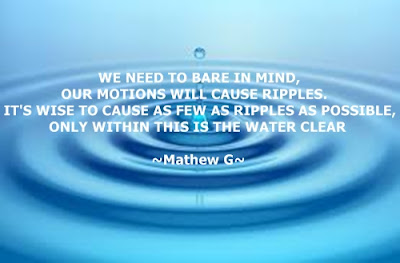 It's obvious to me that being aware gives me a more accepting disposition, this in turn gives me a more placid existence, this state however is only acquired if one is aware beyond certain conditionings set down in the following.

The following is but a guide to a more aware and accepting placid existence.

~ Observe instead of judging. A true observation will only observe a difference without the separation of judgment, for example, one will observe what is and isn't destructive without judging a positive or negative within this observation. Observation means to become aware of your environment where judgment means to stay ignorant to our environment. Observation also means to become aware of all perceptions without bias, however, judgment means to stay ignorant to any other perception but your own.

~ We don't just have a choice of paths to experience, we now have a different journey to choose to experience our paths through, it's indeed a lively time to exist as a 3rd dimensional consciousness.

~ One more thing, try not to judge each other, the journey you have chosen to follow, either it be spiritual or materialistic, is but a journey, one is not wrong or right over the other even though either side might have disdain for the other!! There are of course people who have not judged one journey being more worthy than the other, however, these people have observed that one is more destructive than the other, in the end, you must go with what you feel is the right journey for you to take. 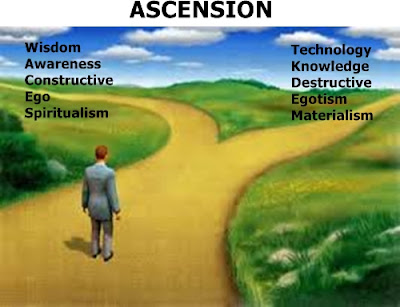 Posted by Mathew Naismith at 08:02