The Psychology of Mythology 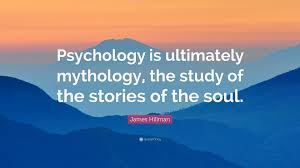 Psychology is ultimately
mythology, the study of
the stories of the soul.

Mythology is about how we react and think within a world or environment, of course how we react and think in relation to an environment, comes down to our own psychology. Our own psychology simply determines the way we think, this is anything from science to religion or materialism to spirituality, etc. Of course one’s own psychology can be influenced by a number of different variables such as the different variables of science to religion for example. Often we judge a variable as mythology through one or two other variables such as science and materialistic ideologies. To me, it is a huge mistake to judge one variable by another variable, especially if we psychologically see another variable as an opposing variable. I cannot see any sustainable viable logical reasoning in this kind of bias by the psyche.

The psychology of mythology is all to do with good against evil, the difference to night and day, male and female interactions, how the weather determines our mood, moral and immoral behaviour, life and death etc. Mythology is to do with all of what life is and how we interact within this environment. Anyone who has conducted any kind of research on mythology impartially, realises that mythology isn’t simply about story telling as the following will clearly show.

Extract: Many years after the course was over, I would learn why. Apparently, narratives (stories) represent a particular way of constructing knowledge that comes naturally to us.
One writer has even gone so far as saying &quot;Remembering is narrative; narrative is memory.&quot;

Research indicates that remembering a bunch of new, unrelated elements is difficult. But if the elements are part of a structured story, they are more easily remembered. That’s just the way the mind works. Research also indicates that memory is not a literal replaying of experienced events, like replaying a recorded video. Rather, it is a reconstruction of significant elements in a way that makes sense to us. We remember the past by making up stories in which the events relate to each other in a meaningful way.

My conception of science has changed over the years, partly because of my experience in my mythology course. I used to think that science was a way of establishing with certainty facts about the world, what is absolutely true beyond any doubt. As I read more about science and began to do science myself, I came to realize that in science we often attempt to model reality rather than establish indubitable facts. Scientific knowledge claims are always tentative and subject to revision. We strive for better models of reality, not just by looking for more facts, but by improving our insight and vision. A good scientific model is not one that attempts to capture every factual detail about reality, but is able to identify key variables that allow some accuracy in making predictions about the world. Just like a good myth provides enough insight about the world to help us navigate life&#39;s journey.

Being variable in thought is to do with diversity or difference. What if we only looked at our environments scientifically or religiously, viewing our world through one or two variables only? Our whole reality is built upon one bias or another which is anything but of self-honesty. Of course there are ideologies that do incorporate various variables, even supposed opposing variables such as science and religion. In a reality conditioned to self-deception and self-dishonesty, any variable, such as isms and ideologies, too variable in thought are not going to be very popular. How popular are people like me today!!

How many of us looked and look upon mythology as something irrelevant in the modern age or have disdain for mythology period due to our own biases and self-dishonesties? This is while totally ignoring the obvious psychological importance of mythology. Is human consciousness evolving by not being diverse and different in thought? It is obvious, to consciously evolve we must be diverse in our thinking but many of us are doing quite the opposite at present. Of course psychology is only one variable that observes mythology as being worthy of consideration.

If you are interested in researching this further, the following should assist in this. Remember, like any variable, they all only answer one part of an answer as no variable on it's own has the answers to everything, only one part of the answer.

Posted by Mathew Naismith at 09:15 No comments: 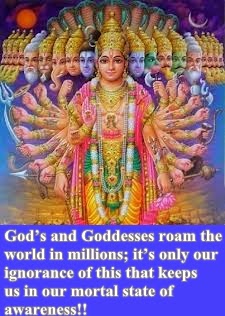 This certainly isn’t going to be a post for everyone especially for those who don’t believe in folklores, fables, mythology or anything that is written in the bible or other religious texts. I’m not saying these so called mythical recounts are as factual as they claim but they certainly, in my mind, worth noting.  The problem is we read these recounts in the way we perceive today, these accounts were written when we perceived quite differently to what we do today so of course they are going to seem mythical to us today.  What this post is really about however is immortality and mortality as the title depicts.

To answer this question we need to ask another question. What’s the difference between the awareness of an immortal to a mortal? It’s the lack of awareness that makes a mortal mortal however because the immortals are far more aware than a mortal, mythology depicts them as being divine/God like.  What this is saying, to be mortal one has to live in ignorance as opposed to being aware past the thought of just being mortal, so to answer the first question the difference between being mortal and mortal is how ignorant one is of their true selves.

Mythology depicts quite often God and Goddess like beings over lording over mortal beings mainly because of the mortal’s ignorance of who they are.  There are also many other characters depicted in mythology and alike who over lord mortal beings even though they are mortal themselves.  In this case they are unaware of their own total immortality however they have enough awareness to over lord others who are totally ignorant of their true selves.

Overlording over less unaware being /entities isn’t necessarily a bad thing unless you mean harm. An overlord can protect the innocent and ignorant from harm from those who are more aware, that is why many people believe in a God like person overlording/overseeing them.  This seems to be saying only the ignorant will believe in an overlord like a God being a protector!!

Put up your hands if you are mortal? All mortal beings are ignorant however our ignorance is determined in how aware we are.  How many people who a more aware than most abuse this privilege?
This is portrayed in many mythical recounts how a more aware being/entity abused this privilege instead of complimenting this awareness with kindness.  If we didn’t have the records we have today people like Hitler could have been visually depicted as some sort of demon in another thousand years time. People like Hitler have enough awareness to take control over others but aren’t aware enough to become a protector for the good of all especially of the collective and this is where God’s and Goddesses come into mythology and alike.

This brings us to being immortal, through furthering our awareness are we able to be God like, immortal? I believe most definitely, how does one heal without touching someone? This is a part of our immortality that most of us are ignorant too. This is the difference between a God like person/entity and a person who only thinks mortally.

This brings us to why aren’t we all mortal? We are at the soul level however because of our present state of human consciousness we can’t see ourselves being physically immortal mainly because of our ignorance of such occurrences actually being a reality.  There is a problem in being immortal however, who wants to live forever? This is an important question believe it or not.

No being who is truly aware wants to live forever for the main reason a fully aware person has no ego to enforce such a desire, Buddha is a good example of this. The paradox is, if you did want to become immortal to physically live forever you couldn’t because if the ego is enforcing such desires you are not aware enough to become physically immortal in the first place.  Only full awareness, without any of the controlling factors of the ego controlling our desires, can give one eternal physical life but once you become egoless you no longer desire to live forever, this is the paradox of living forever!!

At the spirit/soul level we are all immortal however at the human physical level where mortal but only at the physical level so why have we all chosen to become ignorant of our true immortal selves?

There are numerous ways of staying ignorant and unaware of our true nature, physical pain is a good one and so is blatant ignorance.  Science is a very good way to become aware without becoming aware enough of one’s true nature of being immortal. We have all got our own way in staying mortal but why stay mortal and ignorant of our true nature, what’s the point?

In my mind we are all God’s and Goddesses in a sense because we are all truly aware and enlightened and it’s only our ignorance within realities like this one we no longer see ourselves any more than just mortal beings, well most of us anyway.  Now think of yourself as a selfless egoless God like energy source, what would you endure to experience the essence of all of what God/consciousness is especially in physical form? That is why we are all here I believe!!
Posted by Mathew Naismith at 11:22 No comments: