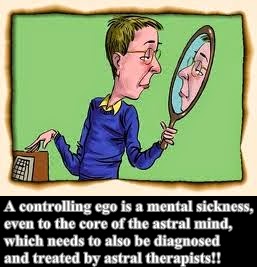 Angela
The "push-pull" effect you speak of is karma. Karma feels like friction / resistance. When we are able to witness the karma, that is when we enter the "neutral" space, and the charge behind it can be defused. Since we are in a human body, we will never be 100% free of push & pull... even if we are enlightened. The body itself is comprised of genetic karma. That is why witnessing is so powerful and has the potential to free us. Once we are well practiced in witnessing, it becomes easier to act in compassion. Because from a free and clear mind, we see suffering for what it really is: The unhealed karma and pain of generations of humanity. Thanks for your posts. I love the way you dive deep into a subject. ♥﻿

Mathew
So when you become the observer of karma/ego we are in neutral space where nothing is either real or an illusion however when re-entering into karma/ego everything of the push & pull effect become real again for us.

Is karma a sign of the pain of the ego?  Never collated karma & ego together like this before. If we used the ego more constructively, thus inflicting less pain on the ego, karma wouldn’t be as bad as it is. The more we use the destructive tendencies of the ego the worse the karma will get because we are inflicting more pain on the ego itself.  Self-harm….spooky.  ﻿

Angela
Exactly! When we observe it as a neutral witness (watch it like it's television) that is when we are no longer identified with it. We don't take ownership of it. We don't attach to our pain body as though it were our true self. One of us feels it, attaches to it..... and the other one witnesses it. It's just like Eckhart Tolle says: "maybe only one of these (parts of the self) is real?" And yes, the more we attach to our pain body, the heavier the effects of the karma are. The ways of karma are unfathomable. .......spooky indeed.﻿ Here's a good approach: "See the job, do the job, stay out of the misery! "﻿

Mathew
Angela Bothwell I always looked at karma differently and now I know why, at one point I didn't believe karma existed, obviously because karma doesn't exist for us in this neutral space. I just didn't know at that point how karma could exist!!

Who are our psychotherapists to assist us out of this obvious mental problem? Buddha, Jesus, people like Eckhart Tolle & Deepak Chopra and so on. Insert: We can too be our own therapists if we become the observer.

It's funny to think that the destructive factors of the ego are our mental problem coaxing us to self-harm. We are mentally sick people at the collective level, just never looked at this way before.

What is above is also below...strange isn't it!!

It's a lovely pleasure talking with you Angela..... ﻿

The conversation ended there with Angela liking what I said in my last reply. It’s great getting confirmation within my views because at times I do feel alone in my thoughts.
Posted by Mathew Naismith at 15:38 No comments: