A Touch of Guru 2 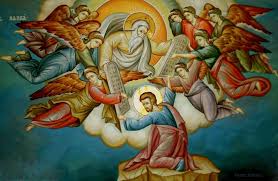 Imagine if somehow your positiveness was taken away from you. Most people couldn't mentally, spiritually and physically cope with this because they rely on being positive to live life. Now, what would happen if a spiritual Guru had their positiveness taken away from them? Absolutely nothing in their life would change, probably because a Guru doesn't rely or have any kind of attachment to what is and isn't positive and negative in their life. Imagine how harmonious this would be, were our lives are not determined by any factor pertaining to attachments and desires.

I need to now insert the following exchange I had with someone in relation to my last post, "A Touch of Guru.

Reply
What I notice. while not taking any particular view to heart, is today's non spiritual person seems grounded in post modernist thought, while dismissing a natural view of spiritual people throughout history who were much more grounded with a natural reality...and all the questions that entails.

For instance, Yeshua ben Yosef is not who is presented in today's belief. Furthermore, the Christian tradition itself was a natural movement, not a religious diatribe of dos and don'ts.

Sadly, when ideologies, isms, concepts and beliefs become a fixation, something we have attached our psyche to for security and support, we lose the true nature of these ideologies and isms,

I am often impressed by your psyche because you explain yourself very well, especially on this topic. If you don't mind, I would like to use your reply here in my next post. I won't make any personal reference to you if this makes you feel more comfortable with this.

It is amazing. Ever since I have been mentioning the difference between Eastern and Western thinking, a certain cultural people have stopped interacting with me on quite a huge scale. This is while other cultural people, even other Western cultures, of the world have remained steady. Within their own actions, they have unknowingly proven the points made about the Western mind being easily offended. As it is said, the Western mind is easily offended, even to the point that if you are not praising the western mind, you are attacking it. This is like if you are not positive, you must be negative, the Eastern mind in all of us doesn't think like this.

https://www.theaustralian.com.au/national-affairs/opinion/too-quick-to-take-offence/news-story/f13e942b9a55604018b55993e68f9df5
Extract: Those who make certain words offensive do so because there is something to be gained. For many, to feel offended is to feel important, validated.

It is quite interesting that a predominantly Westernised mind doesn't see itself also being of the Eastern mind. In the West, it is often thought if you are not positive, you are negative, offensive. In the East, you have obvious depictions of yin and yang or like in Hinduism, the importance of a harmonious interaction between the male and female within everything. Of course harmony is constructive while disharmony is destructive but even destruction has its place.

To live in harmony in an earthquake area, you either learn to build better buildings or you move away, thus you have learnt from a negative situation. We often become more enlightened through the negatives than we do the positives, the present state of the world is no different. Of course to learn from the negatives, one must not ignore what the negatives have to teach us while in favour of the positives!! In all honesty, what is the Western mind doing on a huge scale at present? The state of the world simply shows that the Western mind in all of us is simply not learning. The Western mind is even shrugging off thousands of years of life experience; this is like killing off all the old people because they no longer serve any purpose. No matter what the life experience has been, we can learn from it.

I found the following research by psychologist Steven Heine quite interesting.

Extract: UBC cultural psychologist Steven Heine discovered profound differences between Western and Eastern minds. A recipe for prejudice, or just the opposite?

Posted by Mathew Naismith at 08:54 No comments:

The Organism as a Whole 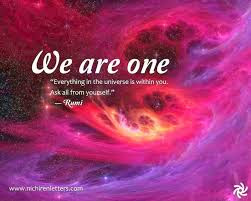 "Everything in the universe is within you.
Ask all from yourself."
~Rumi~

Organism: A living thing that has (or can develop) the ability to act or function independently.

The independence of this organism as a whole is independent of the perceptions of separation of this whole organism. While of the ego and by the ego, the whole organism is perceived to be of separate individualistic entities or organisms, however, while not of the ego and by the ego, all is observed as one organism. There is no perception here, just clear observation through the absence of bias. You see, the ego existence, therefore participation, creates biases simply by separating one from the other. This process of separation also creates, for example, racialism and hate; you of course could go on from this and say evil and demonic tendencies.

This is odd for me to think like this as I was brought up as an atheist, of a limited consciousness to certain specifics of existence as whole. I observed that atheism wasn't just limiting my consciousness; I also looked at the whole existence as a singular organism, not of a separated organism trying to control all other organism not of itself.

Having researched in the way the Eastern and Western mind thinks in all of us, it would seem that my Eastern mind observed one organism even while my Western mind was focused on the individualistic side of existence. Yes, we are individuals but individuals existing in a holistic existence, an existence of observation of participation of the ego. Ego simply means to individualise existence into separate parts.

What is being observed are ego existences, a part of the organism in motion. It's important here not to perceive everything as just being of materialism where matter is the only reality. The observer is not of matter for matter takes motion, the observer is simply motionless therefore not of matter.

What the ego seems to do on a regular basis is to perceive that ego existences are separate to the egoless existence; this is while the observer observes only one organism in motion. It's still of one organism even when the observer is observing itself in observation, it's all one organism either in motion or not. Look at this way. Yin and yang can often act as one organism when in harmony to each other. When one is asleep and the other is awake, are they still not of one organism?

It's advisable and wise to be aware how our egos behave; separating a singular organism into numerous individualistic organisms to serve its own self-worth.......

It is really good to see that science is looking at everything being of one organism, of non-duality. However, it is sad for people like me observing new age spirituality doing the opposite, trying to separate itself from something it doesn't desire to be a part of. When you are a part of the whole organism, no amount of perceived separation will separate you from this organism. You can become as perceived evil or saintly as much as you like, you are still a part of the whole organism as a whole.

So how do you create a more constructive existence/reality? By simply being aware that you are a part of the whole organism without exception, within this, the destructive ways of the organism become insignificant in comparison to the whole organism. Yes I know, this is hard to comprehend for the Western mind and understandably so.

Alan Wilson Watts was a British philosopher who interpreted and popularised Eastern philosophy for a Western audience. What is being said here is very much of the Eastern mind, of course the Western mind being what it is, desires to separate itself from the Eastern mind!!

Posted by Mathew Naismith at 07:59 No comments:

If we existed in a holistic collective perceived reality, the opposite would have to occur to reach a balanced state. More of an individual mind would be needed to be expressed to create a balanced reality but within the very present we don't need to do this, quite the opposite actually. In actuality, we need to express more of the collective mind, the Eastern mind of holistic perceptions, to balance out the present perceived reality. Of course the Western mind being what it is, about the individual self over and above all else, we do the opposite which creates even more imbalances.

As of any well balanced relationship, only peace and tranquillity can exist.....

If you comprehend and understand what is written here, it is most likely you are of the Eastern mind as well, even when being of and existing in a Western culture.

Some people will find the following video quite interesting.