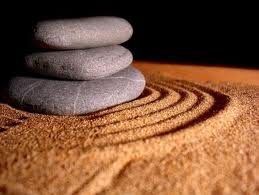 I will start this post off with a reply I gave in relation to my post titled, Why Be Fooled Into Masochism. This post certainly stirred up emotions in various people, however, not all the emotions expressed where against what I wrote, in fact quite the opposite as I will also present.
________________________

"My issue was with the idea that if you chose to make a safe haven for yourself them it was implied that you were a masochist. "

Not at all, I never implied this, I did however state that people who often create a safe haven for themselves, can become Masochists unbeknownst to them, not that they are masochists.

I think people read into what they want to read in regards to this post, not what was actually written for various reasons. Once our emotions are stirred, we often perceive things in a bias or prejudged way, this is well known in psychology to occur to all of us at one time or another.

Recently , I sent a twitter to our prime minister about a certain issue, and not to long ago I approached our local federal member on another issue. If more people did this, the better off we all would be.

However, praying and meditating helps, especially ourselves because we then think we are doing something worthy, it keeps us uplifted. If more of us could only balance out this with actual actions, the world would be a far better place to live.

You may not agree, we need to all stop reacting to each other in opposition, if the world did this, we would instantly have peace on earth.

Why is God allowing all this to happen, or more precisely, why are we allowing it to happen?

God didn't create everything, God didn't create wars, famine or our destructive ways, we did. God is not controlling, we have been created to express ourselves at will without any limitans (infinite), this also means to create in our own right. being that God isn't controlling, would this God's consciousness kill off what we have created? No, but he has sent various messengers to guide us to create a much more constructive environment.

How long would Jesus or Buddha, for example, last in our present environment, they would killed them off immediately. instead what's in place of Buddha and Jesus? The people who behold the consciousness of Buddha and Jesus within themselves. The 144,000 people will represent this consciousness but these people, in my mind, need to be aware of being fooled into masochism as much as possible.

In , terrible things happen, floods and fires some one of them. every time this occurs, I feel for the people involved and then I feel even more for the people around the world who suffer even more day in day out.

This is only my perception Marsa, I could be terribly wrong but that is the way I feel at present.

The following is a representation of a more favourable response to this post, plus, I also inserted my reply to this email reply.

The fear section really resonated with me, because of my faith growing stronger by the day, I’m able to confidently fight the enemy that tries to attack my thoughts.
(I think of it, like I strap on the armour of God each day, a covering/protection not seen by the eyes, but felt across my soul and heart) woah, that’s a bit deep even for me....hehe.

I do however, have a healthy fear of the Lord himself. My idea of a personal relationship with God is having a balance of faith and fear, because I still have to be accountable for my actions, I can’t get complacent and think “oh God forgives”, because he also likes to teach us lessons which are sometimes very harsh.  To me he is like my parent disciplining me throughout my life and even at 42 getting a slap over the wrist at times.  Hope that makes sense about the healthy fear, I know you will understand but a lot would think that those two words conflict each other.

Well I think you are positively amazing with your writing and your thoughts, well done!

My Reply:
Kim, I'm neither intelligent nor enlightened, aware yes.

Unlike a lot of new age spirituality teaches, fear is a healthy trait to have, fear teaches us so much and informs us of our ways when we go astray or before we go astray, fear is of awareness.

Fear and God go very well together, as you seem to be stating, we need to fear to stay on track, this is awareness for only the ignorant have no fear of God. This kind of fear isn't based on fear alone, it's based on awareness, an awareness to build upon a more constructive reality. Fear alone denotes a consciousnesses that is highly destructive, quite a difference but not many people see it this way sadly enough.

I'm not a strict Jesus and God person but I understand and appreciate what has been given to me.

You can either take fear as something to run from, therefore, stay unaware or ignorant to what this fear is telling us, or,  face the fear face on and learn the wisdom this fear is trying to tell you. I know a lot of spiritual practices tell us to fear fearing and to judge what is and isn't fear, I think within myself, this is highly counterproductive. The reason why such teachings are counterproductive is simple, once we judge what is what,  we instantly react in opposition to anything we have judged as negative or bad, one action instantly cancels out the other.

Using fear on it's own, is always going to lead to an opposing reality resulting in conflict and masochism of various kinds. Running away from fear because we have judged fear as being plainly bad or negative, is a person being fooled into masochism. Take wisdom of fear out of our lives, all you are left with is fear void of any wisdom what so ever. What have we done in the world? Exactly this........well, in my mind anyway.