Talking To Instead of At 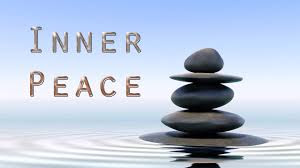 This sounds like a strange topic, not unusual for me though except my topics are usually sound; it's that my perceptions and perspectives can seem strange to a lot of people, way outside the square. In actuality this is a very interesting topic, how many of us are aware of the difference between talking at to talking to each other? How aware are we of when being talked at we are not thinking for ourselves, we in-effect take on someone else's awareness and being.
How many abused are talked at instead of to, of course to be abused one is always being talked at, or more precisely, talked down to. Look at the abuse in the world, how much of it stems from being talked down to, the leaders of the , and are prime examples of this. When you talk down to someone, you are in actuality talking at them, not to them, however, if you are conditioned to being talked at and/or of talking at other people, even if someone is talking to you, you will most often take this as being talked at instead of to. It's wise to be aware of this in my mind.

In my mind, for example, leaders like Trump and Hitler talk down to people therefore talk at people instead of to people; this will of course lead to conflict/abuse.

I think at this stage I better insert what incited me to write on this topic. When people are talking to each other rather than at each other, what can develop through conversations like this can be quite unexpected an extraordinary. I have never touched on the topic of talking to instead of at before, never gave it much thought or consideration until now.

This is the funny bit Paul, people ask us what my wife and I do instead of watching TV, the reaction is like, how could you exist without television, Not only this, we then tell them we talk to each other, the next reaction is what do you talk about. When you have partner you can talk with (to), not at, discussion becomes second nature, too many people are talked at not to.

This brings us back to television and most media, it thinks for us, this is very much inline to being talked at rather than to. You and I are talking with (to) each other instead of talking at each other, there is a difference.

My wife and I also joke around with each other a lot, a lot of what we talk about is to do with joking with each other, is the media today a joking matter?

In relation to discussions, people from are my favourite. You can be in deep disagreement void of name calling or labelling each other negative or something bad or wrong in some way. I rarely get this from a western mind as everything disagreed on is labelled negative, bad or wrong, this simply is not the case when not talking to each other instead of at each other. The western mind seems to be conditioned to talking at instead of talking to in my mind.

We must remember, we are all of the western and eastern mind, yin and yang, it's just we are often conditioned to one or the other which denotes an imbalance. Example, children must be talked at as well as to, this of course depends on the circumstances. In relation to my stepdaughter, we would talk at her and tell her to go to her bedroom when naughty; we would then talk to her when a certain amount of time passed.
It's a pleasure talking to someone with an open mind Paul.

As I mentioned, when in conversation with most other people from , we are often talking to each other even in strong disagreement. The reason I know this is simple, there is usually no judgment of a wrong, negative or a bad of some kind, there is also no name calling or any other kind of abuse. This is usually the case when in conversation with a person from but not always the case, at times the western mind of talking at people takes over. Being that we all have a western and eastern mind, a yin to the yang, talking at people is always there.

As I depicted in my reply to Paul above, badly behaving children often need to be talked at, basically showing where the boundaries are, sadly, too often parents don't follow through with talking to the child afterwards. It can become habitual to talk down (at) children, this is very much a conditioned thing. Harmony after all is to do with balance, being conditioned to only talking at people isn't balance or of a balanced mind, being in harmony with children and the rest of our present environment takes balance.

Now we get to the awkward part, where confusion between being talked at and being a part of a conversation of being talked at can seem like we are ourselves talking at people.

Numerous ideologies are used in away to telling people, talking at people, rather than informing people, talking to people. If we become conditioned to this kind of teachings, we will unknowingly express this kind of teachings. We will also accuse or believe that everyone who disagrees with us is also talking at people; this of course may or may not be the case depending of the judgments of negatives and positives, bad and good, wrong and right and so on.

If you honestly look around, you can see what ideologies and people are talking at people, you can also see when you are yourself talking at and to people. At times, people need to be talked at, at other times people need to be talked to, the trick is balance, not to become too conditioned to one or the other. Within this, be aware that being conditioned to talking at people will lead to conflict, we must also be aware that other people talking at us will create this conflict if we like it or not, the world scene is a prime example of this at present. Just because you are apart of it, doesn't make you of it.....
Posted by Mathew Naismith at 09:59 No comments:

Email ThisBlogThis!Share to TwitterShare to FacebookShare to Pinterest
Labels: talking at, talking to
Older Posts Home
Subscribe to: Posts (Atom)