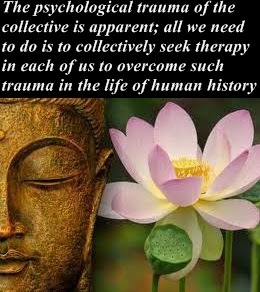 In psychology, when someone goes through a traumatic time, they can either hang onto such traumas or they can get over these traumas and get on with life without such traumas playing any further part in one’s life, it would seem collectively we haven’t done this especially for western thinking people!!

One of the replies I received from my last post titled, Spirituality v Psychology/Science?, brought up an interesting  supposition about how modern age mentality is polarized which lead me to make my own suppositions as follow.

Lew
In truly ancient times, science and religion were one. Our modern, polarized mindset has created this false duality.﻿

Mathew
An interesting way in looking at it Lew.

I think this polarized mindset has come about through ego when science, after the dark ages, found it's own mindset that wasn't going to be influenced by dark age mentality.

Religion in Europe wanted full control over and above all other ideological principles and if they couldn't take control they eradicated such principles. Sadly enough I think a number of science minded people would like to do the same to religious principles today. The old Dark Age mentality is still there sadly enough.

The strange thing is, during around the time of the Dark Ages in Europe, Muslims were more into the sciences than ever, go figure!!

Forgetting about Dark Age mentality, science of one kind or another has always been a part of our lives and most of these science ideological principles were conducted under a religion of some kind.

I could be wrong but I think the Dark Age mentality has assisted in this polarizing mindset giving us a false duality.  It’s funny how we have allowed one mindset within the whole of human history to influence us in such away.  Psychologically, we have collectively allowed one moment in the time of the collective to influence our whole mentality which is no different to how a person going through a traumatic time will react to such trauma in one’s life.  It would seem the Dark Age mentality is a trauma we haven’t collectively overcome yet as a collective, go figure!!

Lew
Yes, Mathew, let's hope the old mind-set will wither. A quick peek at the world shows polarity's alive & well, but it's served so poorly for so long!﻿

Mathew
It's a collective trauma a lot of us don't seem to be able to get over sadly enough......﻿


Each of us, by one person at a time by choosing to do so, can be a sail breaking the wind for others behind us. ﻿

Supplement: I do need to make a correction here in relation to eastern minded people not being traumatised by Dark Age mentality. I think a lot that went on during the Dark Ages has traumatised the Middle Eastern people and still influences their actions today but this assertion only comes from my own personal observation/awareness, it’s not by no means necessarily factual.
Posted by Mathew Naismith at 09:13 No comments: 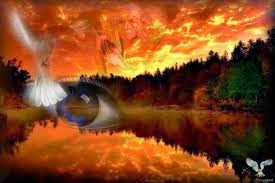 Here I am again correcting myself once again, “mistakes are an awakening if we are aware of making them in the first place.” In my last post titled, Spirituality and the New World Mentality, I neglected to mention ancient world mentality which was taken over by the old world mentality or Dark Age mentality.  This of course refers to the dark ages of Europe which was during the medieval period between 500 – 1500AD.

Ancient world mentality is obviously talking about any period before medieval times which began when the Roman Empire fell. During these ancient times, the human race were just as destructive as they are now but the big difference was spirituality itself at this point wasn’t conducive to destructive ways as such, this soon changed however when the medieval period began.

During 500-1000AD medieval Europe was in the first stages of the dark ages but by end of this period  the dark ages were thought to be over however that wasn’t to be the case as the diagram shows below. 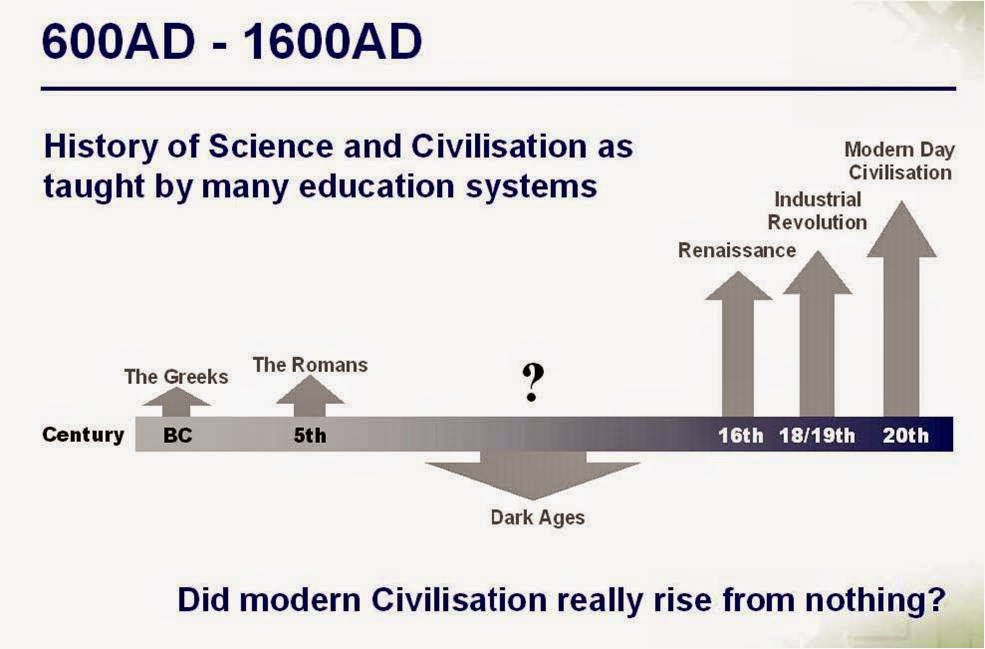 During the dark ages of Europe between 500-1600AD, the Arabs invade Jerusalem, the crusades began, gunpowder was invented, the Mongols invaded vast areas of land, the plague devastated the people, Christians were killing Christians and pagans, learned people and so forth on mass and the list goes on.  Even gun powder ended up being used as a weapon and we all know how destructive that became. During this period, spirituality, especially in the west, became a very formidable destructive force.  This is really the dark ages of spirituality, not just effecting the west but the rest of the world; the Americas are a good example of this.

After this period we began the renaissance period which is the prelude to modern day science and the industrial revolution. The dark ages of spirituality was over however the mentality of the dark ages still withheld.

The dark ages hugely influenced our mentality to conquer and destroy from then on which was further more fuelled by scientific endeavours and discoveries.  Yes they did conquer in ancient times but it wasn’t to always destroy especially a standing culture. Islam and Christianity have destroyed numerous cultural practices within these countries they have conquered, enforcing their own perceptions and ideologies onto the populous. Destruction isn’t just pertaining to physical destruction but mental, spiritual and cultural destruction; this is old world mentality which is still quite prevalent today. So what’s this new world mentality about? It’s about being constructive not destructive.

Does this mean we have to give up our ideologies? This is the good thing, nothing is taken over by this new world mentality, it is combined within this new mentality.  Muslims, Christians, Jews and so forth used to live together in relative peace before the crusades.  Jews even took up arms with the Muslims against the Christians to defend their city of Jerusalem in 1099AD; we can do this again but without the destructive old world mentality.

You could say the past is in the past, it’s over but the mentality of the dark ages is still there, we are still destroying what doesn’t serve us, the Earth is a good example of this, if it doesn’t serve us destroy it. New world mentality means we live with what we have constructively. What does this mean for us as individuals? It means if we can’t be constructive, without destroying something first, don’t be destructive. This means in everything we do from disagreements with others to building a highways, try to be a little more constructive without destroying something first.  I didn’t say this is going to be easy but if we applied ourselves more to a different newer mentality everything upon this earth will live in utter peace but we need to be aware of this old world mentality first I believe.
Posted by Mathew Naismith at 10:49 No comments: