The Collective Mind and Immunisation 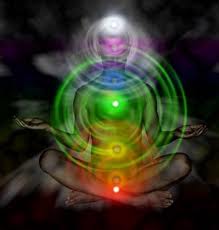 When we meditate, we are in thoughtlessness but does this also mean we are mindless?  What meditation does is make us more aware by thinking through a healthy non-diseased mind which feels like we have stopped thinking altogether but we haven’t. What I believe is happening is we are still thinking but through a healthy mind instead of a diseased mind full of chaos. When we are really sick personally it’s quite a chaotic time, this is the same when the collective mind is sick, it’s quite chaotic so when we are no longer in this chaos we feel, while meditating, that we are in total thoughtlessness but were not. If we are aware of anything including our own existence, we are still of the mind. I believe meditation takes us to this higher consciousness or Gods consciousness; this is why vaccines like meditation, praying, chanting, singing and so on assist to cure us from our diseases like egotism for example.

It’s important to immunise ourselves with the appropriate vaccines that suite our circumstances while being aware of the controlling factors of the ego adversely affecting the vaccine we are using, in other words being aware of egotism influencing our own ideological principles which dilutes the effects of such immunisation processes.

In my last post I mentioned about how not all people are sick with the collective diseases like egotism because we have, on the individual level, immunised ourselves form such diseases to some extent, however  if we are a part of the collective we must also be sick? No because once we immunise ourselves using meditation for example, we have become of the higher consciousness’s mind, God’s mind, which is what I call a vaccine that immunises us from the collective human conscious diseases.  Once we start to use this higher consciousness that is when we have started using a vaccine to immunise ourselves from human collective diseases as this higher conscious mind isn’t diseased.
I thought I would finish off my post with the following discussion between a bloke called Jason and myself on my last post titled, Utilising Higher Consciousness.

Jason
You bring forth an intriguing topic my friend. Though I agree that if the Collective has an illness not all will be affected, this for me can only include Aware Beings. You've reached a topic that is dear to me lol, this current state in which we live lost to the truth is the illness that has taken root in the Collective, yet it influences the masses that are "Unconscious". It's this "illness" that will determine our evolution as a species, in one path we open our minds to the universe, in the other we become servants to the technology we've clustered to.

I've often contemplated if this illness within the Collective was "planned out" by those who are in power, I've come to realize that it is not. For our push to grow faster and faster as a society with little regards for those around us is an "unconscious endeavor" that has little use for the future, only the instant self-gratification of the ego.

I so rarely meet Dark Beings, and for the most part most who make the pretence of being "evil" are really just influenced by other dynamics. It perhaps this "global influence" that interests me more, for this is where I have determined the Collective Illness began.

As always Mathew, Thanks for the great wake up topics! :)﻿

Mathew
Illnesses and diseases like the ego can enhance our immune system however when this disease progresses to the egotistical stage is when it becomes harmful to us even at the soul level I believe.  Our soul is still in mind and like our own minds is venerable to serious diseases, we need to look after the soul a little better than what we are now.

The people in power are living in utter ignorance; they really don’t know what they do.  It’s funny existing in a reality controlled by sick people.

If we didn’t have diseases like the egotism in this reality, this reality would be quite amazing; most of us are quite unaware of this. Actually, being aware of this is part of the cure I believe.

This might sound funny but I remember living in a reality that was disease free which of course meant we were influenced, as opposed to controlled, by the healthy minded not by the sick minded.

It’s always a pleasure conversing with you Jason.
Posted by Mathew Naismith at 09:07 No comments: