Being Empathic, a Dispeller of Ego 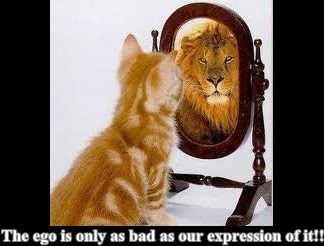 I had a very good friend of mine called Tanuja posted a post in relation to, if there is no enemy within their truly is no enemy outside. My response was as follow; “Very true, the enemy is always within.

When someone upsets me are they really upsetting me or am I upsetting myself?  It's always the latter of course so that is why one must look within. 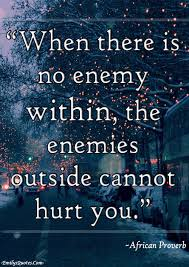 When we feel pain we are indeed doing this ourselves, we can blame others but in reality we are doing this to ourselves. My friend from a past life is trying to hurt me as much as he can; there are two reasons why this is hurting me.

1: I still feel I owe him something from past hurt from a past life occurrence, I did hurt him so.

Number one, do I really still owe my friend? No of course not but my ego says I do. When you have hurt another, either in your present life or a past life, we can feel remorse and guilty but what is guilt pertaining to? If we feel guilty for doing wrong it’s the ego telling us to feel guilt and to redeem ourselves in some way however if someone was to feel no gilt, this would more pertain to egotism rather than to the ego.  The ego is telling us to feel guilty but egotism isn’t, egotism just doesn’t truly care about others.  The problem with feeling guilty is it’s still about ourselves, it’s the enemy within. No matter how you want to look at the ego, it’s still relating to ourselves.

If the ego wasn’t controlling my emotions and thoughts, would I still feel remorse/guilty? No but I would feel empathy, empathy isn’t about judging a right or wrong but an understanding in a situation without judgement.  I understand my friends’ trauma from a past life but my ego keeps telling me to feel guilty especially when I’m not in one of my quiet states of consciousness.

The second reason why I feel hurt is in relation to number one in a sense,   I’ve been kicked around a bit, this has given me the intolerance of others who still wish to kick me or anyone else like me around, my friend is doing just that so I’m reacting.  This is the enemy within, if I didn’t have that enemy within I wouldn’t see my friend as the enemy so I wouldn’t become hurt.  Because I don’t feel a great amount of guilt, I don’t feel I owe my friend anything from a past life encounter we had but I have still allowed him to be the enemy within me as he has of himself.  Would it be better if I expressed guilt?  No, this still allows the enemy to still live within. Guilt no matter what is an expression of oneself not others.

When we are showing empathy we are showing an understanding without judgement, this at times allows us to become an empath, being able to feel other people’s emotional and physical states.  We will react on this but it’s how we react that defines if we have allowed the enemy within ourselves or not.

This has given a brief disruption of such an enemy within, anything that allows us to react without empathy I would myself view as the enemy within, the more we express empathy, the less the ego controls us, so when there is no enemy within, the enemies outside cannot hurt you!!
Posted by Mathew Naismith at 13:19 No comments: