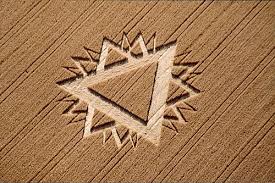 I thought I would now share an interesting conversation I had with a lady recently, no wonder I love other people's perceptions. The following discussion is in relation to my post, Why Dimensions Are Not Levels!!

But why humble ourselves? What do we gain from confusion, pain, stress and ego? Why the choice to descend to then try our best to ascend? ﻿

The point is, why do we have to gain anything, why not be expressive without a gain or cause?

We actually have nothing to gain because we are always of the 12th dimension, this never really leaves us. To gain or to have purpose is ego, why not be expressive without having to have purpose or gain? To ascend or not to ascend is only an experience, nothing more, it's not experienced to gain or acquire anything.

We could say our soul gains and acquires awareness and wisdom from these experiences, to a point this is true but it's not necessary, all of what is, is within the 12th dimension except for the expressions of consciousness itself. The only way consciousness can be expressed, is through the other eleven dimensions. There is really nothing to gain or acquire from this from a 12th dimensional conscious view.

However, this is were the souls comes into play, to be able to experience this consciousness, one has to express ego, this is accomplished through the soul gaining and acquiring awareness and wisdom through various experiences. However, the soul really doesn't have to experience anything to gain or acquire awareness and wisdom, this is all within the 12th dimension except for the actual expressions of gain and acquiring.

I should say, pain, confusion and stress are not experienced through the 5th dimension I feel, they are present but they are not expressed, especially to the same  extreme of the 3rd, 2nd 1st dimensions.

So why would any consciousness want to become expressive of these extremes in these three dimensions?

There is no judgement of a worthy or an unworthy, is it more worthy to be less expressive of these destructive expressions? Only the ego can answer this and the answer is obvious, however, a consciousness void of ego would not judge either way thus experience all of what is.

Why am I so adamant about this? Because of their fixations to hardships and their disconnectedness from the 12th dimension.

Reply
Makes sense and I'll remember everything you said as I find myself in most struggling times. To me at least. I know there are people struggling and suffer way more then I can dare to imagine.﻿

What are your thoughts and or advise to those that are chronically depressed, who feel like they're whole life is meaningless. Those who chronically complain about everything and can't find nor feel happiness. If you can and have the time please elaborate. I appreciate you and your time. ﻿

My Reply
Release yourself from being controlling, let go of the pain and suffering.

I've had chronic pain since I was six years old, I'm also estranged from most of my family, I'm basically an embarrassment to them so I was shunned. I went through it all.

Pain and suffering is a natural part of this dimension, we just haven't learnt how to properly deal with this. I also don't take pain killers, I don't try to control my pain but I do work with my pain by not trying to control it.

It helps not to focus on the pain and suffering, don't allow it to control you  through focusing on it, focus on something else not painful.

Reply
Will do 😌 I appreciate everything! Every word every thought you share. I would be honored to have some one like you in my family. Gracias Amigo 💜⭐💜⭐💜⭐💜﻿

My Reply
Wow +Evelyn Gomez, I think I would love to be a part of your family, you have a beautiful well balanced mind. Much blessings Evelyn.   ﻿ 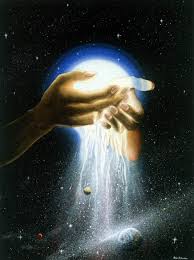 My Reply
Evelyn Gomez Yes, we only become separated from the 12th dimension through expressing this 12th dimensional consciousness through the other eleven dimensions.

It's really quite fascinating observing this consciousness in motion.

Pain and Suffering: In relation to pain and suffering, it's unwise to suffer needlessly, taking pain killers for physical pain and meditating for mental pain are a required necessity, however, it's also wise to take physical pain killers as little as possible, try not to become too dependant. Try disallowing the pain to control you but don't try to control the pain either, as soon as you start trying to control the pain, the pain has you within it's control.

Meditation is the same believe it or not, if you are meditating to only relieve yourself of suffering, the suffering has you within it's control, try meditating for no reason at all, within this, their is no expressions of control. 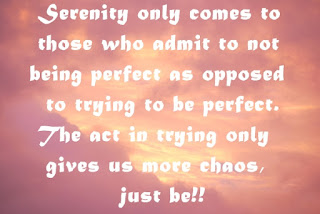 Our connection to the 12th dimension assists us to avoid this from occurring, however, if a consciousness is persistent in it's destructive ways, it will eventually end up in the 1st dimension.

The wise thing to do is put the fire of judgment out with water, using fire to put out fire by back burning isn't the best way to put out a fire. In Australia, we use what is called back burning, you burn all the flammable matter ahead of the fire so the fire just burns itself out, however, this isn't always successful or even advisable at times. Using judgment to fix what judgment created in the first place works on the same principles of back burning.

So what do we have to put out the fire of what judgment has created? The 12th dimensional consciousness which is egoless, the opposite of egoistic, this is the same as putting out fire with water, water being the opposite to fire. We have all the answers within our environment but we are just unaware of them.
Posted by Mathew Naismith at 09:10 No comments: