The Embracement of Honesty 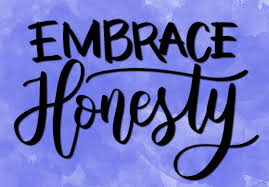 OK, the following is across the board of humanity it would seem.

I was recently subjected to a high degree of injustice, only because I expressed the truth and I wasn't going to tolerate disrespect and abuse. Blatant lies were told about me, these where not just accepted but embraced. It would seem it is OK for certain people to lie and deceive but it is not OK for certain other people to tell the truth or rebuke being abused and disrespected.

Also, I am not supposed to like my views being questioned; this is while I write quite long posts and replies, at times supplying numerous evidence to support my claims. As it has been said to me, I leave myself way too open for questioning in stating so much!!

On the other hand, it is accepted and embraced, for certain people only within certain groups, to say as little as possible so they can't be questioned about their own views. This includes supplying as little evidence to their claims as possible. It would seem that lies and deceit are embraced while honesty and truth is scorned in our present reality.

I would say unbeknownst to a lot of people, they have become conditioned to embracing lies and deceit, including self-deception, over and above honesty and truth. This is occurring in so many sectors in humanity it is not funny.

We indeed have a choice, even at this stage of the game......

Posted by Mathew Naismith at 08:08 No comments:

For the Enjoyment of Life a Spiritual Journey 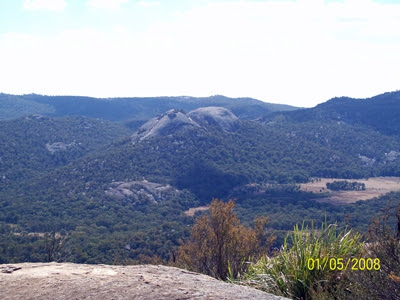 This post was inspired by a person going by the user name of ShuanM865, the following link is what inspired me to right the following.

Seriousness: I have had many moments when I will smile or laugh at myself & at first I didn’t know why, I soon found out I was taking life way too seriously. We are brought up to take life seriously for if we don’t we will probably end up out on the streets or even worse. This type of existence is very hard to evade unless we live as a recluse or hermit or at least on the streets, we are forced to make money to survive so how is one able to be there true selves in this existence & enjoy life for what it is instead of for what it isn’t?

First of all don’t fear fearing, embrace fear but before we do this we must realise who we truly are which is a very powerful being especially when we have our guides by our sides. Many times have I been saved by my guides when asleep & awake, in a conscious & subconscious state so in fact we have nothing to fear but fear itself.

Learning Through Our Dreams: In my dreams I will go into the dark looking for whatever is in there without fear or little fear & in actual fact I don’t mind fearing because I embrace it & enjoy it for what it is which is nothing serious just a feeling.  We must keep remembering in our dreams we are what makes our dreams if we wish to be frightened that’s what we will be & if we fear fearing we will be frightened of anything within the dark but also the light if it’s something that is unpleasant in some way.  We are so often told to rid ourselves of fear but when fear comes knocking on our door again we fear it again however by embracing fear we actually control fear & whatever is giving us fear.

Now for me I have more trouble in the light of my dreams because I’m taking life too seriously still by exacerbating my daily traumas, I don’t fear fear or the dark anymore but I do take my daily traumas too seriously which is a part of a game I’m playing in other words I’m acting out my chosen role in life.  This is a different fear which is of the light & yes in my dreams I have feared the light for the main reason I usually hide in the dark away from people of the light which is represented by my daily traumas, I’m in fact hiding from my known visible traumas however this is what I have chosen to do to date. So how do we get rid of our daily traumas? Do exactly the same as we did with the dark & related fear, embrace it or accept it for what it truly is a joke, something that we don’t have to take seriously because we are all very powerful beings as we are the ones in control not anything else especially fear unless we desire it so.

We can have a lot of fun in our dreams once we embrace fear, the dark, light & our daily traumas instead of looking at them in distain because distain breeds more fear.  Another way of breaking down fear is approaching fearful animals in our dreams like sharks & snakes for instance, look at them not as a dangerous animal in fear but as just another spiritual energy form & realise  we are the ones who have the power. Dreams are a very good way to break down any fears we might have through life. One other thing with dreams is if we don’t like an outcome of a said dream change the outcome after awakening to a more favourable outcome, this works all the time, you can even do the same through everyday life, imagine a different outcome.

Once we embrace & take control of fear in our dreams the skies the limit even to the extent of astral traveling all we need to remember is we are very powerful beings in our own right & with our guides by our sides, which everyone has, we are invincible & eventually this will filter out into our daily lives which will help us conquer our daily traumas.  The biggest trick is don’t take life overly seriously in this lies fear, we are all meant to be enjoying life believe it or not, not just fear it!! 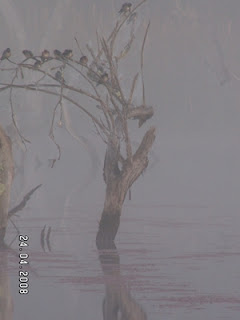 Shades of Grey:  Earlier on in the year I experienced a state of consciousness that I saw everything as shades of grey with no form this also included dead space as it too was represented by shades of grey so what is this conscious state of shades of grey?   I’m only presuming it was a reality not just of no time& space but from wince everything was created from as the shades of grey represented no opposing polarities thus no conflicts of any sort & no ego tendencies. Not noticing any form within this state because of everything was as one as it was all somehow integrated as one also gave me the idea this is where everything evolved from, nothing at all was opposing anything else as it was all moulded as one which I refer to as pure consciousness.

So is this pure consciousness truly shades of grey? No, the shades of grey we identify with while in this state of consciousness are there just for us to identify with otherwise, especially as humans, we wouldn’t comprehend the existence of such consciousness as we needed something to relate too but something that wasn’t one nor the other or opposing but as one with a slight difference however none the less as one in unison. This brings up something I read about some years ago about a man who was propelled into a reality to be told certain things about life itself. He was on a beach with the surf rolling back & forth under a sun lit sky, he was told this isn’t where you are but we needed you to be in a place you relate too otherwise you wouldn’t comprehend what is happening & miss the messages we are about to tell you. I can’t remember the messages he was told to relay back to us but to comprehend anything he needed a place he could relate too which is similar to being in a conscious state of just shades of grey as it’s still something we relate too.  Why the difference to a beach & just seeing shades of grey? Conscious awareness, the more aware one becomes the less definition everything one has or opposing polarities one will see, this is brought on by seeing everything as one.

In this reality we see so much opposing forms like black & white yin & yang/male & female & so forth, they are all opposing because that is the way we like it or wanted it to be otherwise it would be as it’s all a part of the game/joke that we have all created for ourselves to experience different holistic & individual realities & what a game/joke it is. This is funny, we shouldn’t take games or jokes seriously but we take life seriously, you have just got to wonder!!
Posted by Mathew Naismith at 10:48 No comments: