We Are Not The Soul 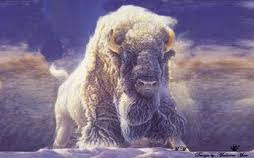 Levels and Ego: How many people believe that souls and humans, have to go through various conscious levels to become aware, it's like we start off at the first level infancy, then go onto childhood and then adolescence and finally adulthood. Each stage is awareness building. Souls to a lot of people work in a simular fashion, what is above is also below, however the concept of what is above is also below isn't the case when a soul is able to perceive beyond these levels.

The reason for this entirely lies in how the soul perceives. Imagine for one moment if we are aware of being aware that we are, from the start, of this creative consciousness, God's consciousness or of the collective consciousness as a whole or what ever you want to call it. Any soul that can perceive this, will obviously be able to perceive beyond these levels we limit ourselves to. Now imagine how hard it is for certain souls to comprehend this or even want to comprehend this, certain souls just don't want to comprehend perceiving beyond levels for a very good reason.

A point to be made here; how many children today express a more mature wiser expression without going through various level of experience? One reason for this lays in how children today are allowed to freely express themselves without having to go through various levels to do so. Perceiving in levels are obviously limiting, we need to realise this.

I know there are a lot of people who will totally disagree with me when I say that the soul is ego, there are  people who even believe that the soul doesn't have an ego period. No person who doesn't, in some way, want to comprehend a lot of what I write about, won't like what I write. Once again, this is for a very good reason.

True Writing: What I mostly write about isn't for the souls who chose to exist by levels, basically, my writings are really only for those souls who are able to comprehend perceptions beyond these levels. At no point do I want to try to convince souls, existing by levels, that they don't have to experience existences through levels, in actuality, no soul that is primarily existing by levels, are able or have the desire to comprehend my writings, they shouldn't even try, especially at the human level of understanding.

However, there is a reason why people like me turn up when the shit hits the fan, meaning, when human consciousness becomes too destructive. Basically, we try to put balance back into a consciousness, a prime example of this was in ancient . We are not here to force balance, we are here to encourage balance and wisdom, however, if the collective human consciousness chooses otherwise, so be it because as I said, no existence is more worthy than another, just maybe a little wiser way to go at times.

It is important what we reflect especially in how we express ourselves through writing for instance. We must write true to ourselves, meaning, we must write for ourselves, not for other people because being true makes all the difference. We might think how can people like me bring balance when we don't attract the people who need that balance most of all!! If we are true in what we write, our expressions will reflect this trueness onto the collective consciousness bringing it balance, however like I said, if the collective consciousness chooses to ignore this in the end, so be it.

The way we express love is vitally important as well, at the moment love is being over used and abused in a simular fashion to religion at times. So often have I discover that the love that some people express is fake, especially unconditional love. Often this so called unconditional love, has more conditions attached to it, not less. It's vitally important to be true to bring balance into a consciousness, I cannot express this enough.

So in all, is it important that we become aware we are not the soul but of the soul? Not for everyone, we must go along with what the soul path and journey is but at the same time realising that the soul might need to be balanced as well to create a balanced reality. We are not our soul but we are of the soul, realising this helps bring balance back to the human and soul consciousness. Any true sense of balance and trueness, especially in our own expressions, naturally creates peace and harmony, and yes love, however,  true sense of love only comes from a true sense of expression, this is the same with all of what we express. In the age of false prophets/people. Try to be as true to yourself as possible, this is all you need to do.......
Posted by Mathew Naismith at 08:54 No comments:

Walking in Each Other’s Path 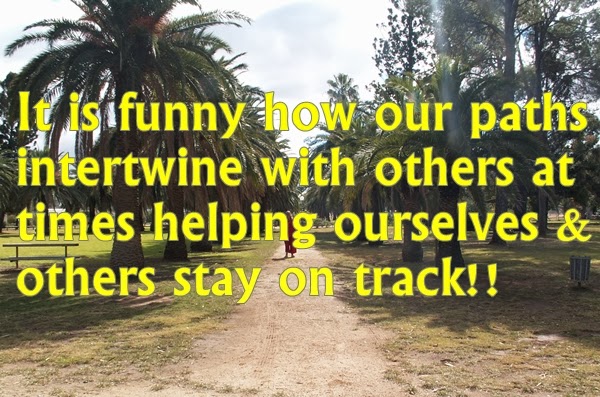 It is strange how we help others out within their path by walking along our own path which at times becomes intertwined with others; this is indeed a very common occurrence. The funny thing is with me I was going to change where I was going numerous times in my life but never did which would have quite dramatically changed where I am now. This of course would have changed my path’s direction which of course wasn’t meant to be obviously.

I’m a simple down to earth carpenter/joiner who never in a million years considered taking up writing until I could no longer enjoyably & successfully continue in my trade & even then I still had no aspirations to write, it just eventuated. I started off writing my insights down on paper over three years ago, going on the net & starting up a blog was never on my mind at this stage. My writing skills have improved to one degree or another over the said three years. My first blog, which is no longer with us, was titled Science of Spirituality; it was focused more on the sciences of spirituality however with my current blog it’s probably a little more about the spirituality of life & science. My first blog was well received especially by metaphysical minded people however going back & rereading some of my earlier posts from this blog I realised my writing skills have improved believe it or not, I see my earlier posts as being quite….how would I really put it….Yucky. My writing style has also changed.

This brings us to intertwined paths; wanting to further improve on my writing skills I have recently asked my stepdaughter (Karla) to proof read/edit my posts seen as she has a double major in English & music. Karla also wants to go back to uni to study in publishing & editing. Karla is thrilled to help me out but in turn I will be helping her out with her future studies for the main reason that Karla will have to learn to edit such written work.

Many times have I come close to changing my path to the extent I wouldn’t have even met up with Karla’s mum which of course would have changed Karla’s destiny to some degree. At times it’s the little changes that occur in one’s life that can be the most life changing. In my late-teens I could have easily gone off on another path, a seemingly much easier path than what I took but if I did would my stepdaughter have had the help that she will be getting now? It’s not the proof reading that will be challenging but keeping the content of the written work intact, the content within my posts is a little daunting within itself & I can see it will be quite a challenge for her as Karla’s not spiritually minded like I am.

When I write my insights & views down & insert them into my blog I really don’t know if I’m helping anyone or not until someone confirms that I am, this can be quite daunting for a writer at times.  If all I’m supposed to do is help Karla out it’s all well worth the trials & tribulations.  At times we can all feel that life is quite daunting for us in anything we do but then comes the connection that makes the daunting parts of our lives seem worthwhile & ineffective within their discouragement.

It is said that I’m supposed to write a book, at this point in time I can’t see that happening however the interconnectedness I seem to be going to have with my stepdaughter probably infuses such foretelling. Even if a book isn’t on the cards at least Karla will hopefully help me to improve on my posts & writing skills, I certainly need that!!  My best advice is with life period, listen to the gut feelings/intuition & go with the flow.
Posted by Mathew Naismith at 09:08 No comments: