Another You – A Purer Consciousness 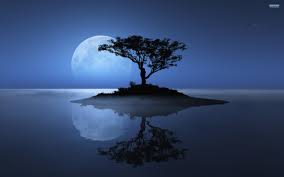 Could you imagine for one second what you would experience experiencing a consciousness that is untainted and unaffected by chaos and destruction in any sense of the word, now consider this consciousness being another you, a you that is purer in a sense. Don’t get me wrong here, I don’t mean pure as in an egotistical sense, I mean purer as in having the sense of the real you, a you not tainted and affected by influences that make us believe this is the real you when it’s not.

There is however a very good reason why I state that this other you is  the truer you, the  real you. It’s another you simply because this other you is untainted and unaffected by the immediate environment. Imagine a consciousness that is not influenced in anyway by what it’s experiencing, this other you is what everyone is with no exceptions. Simply, we are not our environment even though we have assisted in creating such an environment.

However,  connecting ourselves or realising that we do have a truer self, other than the self that is presented to us by our environment,  is highly constructive for the pure reason any consciousness that is truly aware and wise, is unable to be destructive.

Now this might seem cold and callous for a consciousness to do, its something you would expect from a cold blooded killer.

The biggest difference is, the cold blooded killer is still being highly influenced by his environment where’s the observing consciousness isn’t, one consciousness is being extreme within their participation the other isn’t.

How do we become our purer form of consciousness?

Try observing the thing that is most disdainful to you without it influencing you in anyway, it’s virtually impossible only because once we have judgment, we at that point become a participator and are no longer an observer. Once we lose the ability to just observe without judgment and disdain, we become our environment and it’s this environment we have become conditioned too. We think we are our present environment we are experiencing, this couldn’t be further from the truth, it’s only a very tiny part of who we all are.

This tiny part is so influential, why isn’t our truer self , our purer consciousness, more influential thus overriding such experiences?

When a collective consciousness conditions itself to being just a participator over and over again, such a consciousness will only experience being a participator and forget being able to also observe without judgment and disdain.  Our collective consciousness has been highly conditioned to only participate even when observing. Yes, even in our observation we have become the participator because what we observe is determined by our perception which again is influenced the environment we are presently experiencing.  Basically, the only things we become aware of in our observations is what we are presently experiencing which is determined by our participation within such experiences.

Don’t believe for one moment you are entrapped or imprisoned within a consciousness that won’t let you out of it’s illusions, all this kind of mentality denotes is that such consciousness’s have become their environment through counteractive participation. Once a consciousness reacts, it automatically becomes it’s environment and yes it’s this simple.

Do people like me react and participate? Absolutely, but at the same time we are aware of our other self, a self that is in all sense just purely observing. Such an observing consciousness  can never perceive it’s entrapped, only a predominantly participating conscious will perceive this…….
Posted by Mathew Naismith at 08:49 No comments:

Email ThisBlogThis!Share to TwitterShare to FacebookShare to Pinterest
Labels: another you, purer consciousness
Older Posts Home
Subscribe to: Posts (Atom)