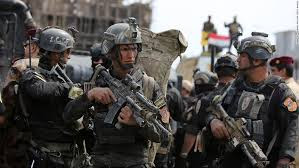 Are we truly serious about stopping terrorism in the world?

If we had our hands tied and the rest of the world was against us, we wouldn't just sit there and take it, we would lash out and even embrace extremism to fight this kind of tyranny/terrorism.

In recent times, a backed coalition force declared war on under false pretences; of course it didn't take long for the pilfering of oil to occur in .

At present, oil and gas from the Syrian war is being pilfered.

I'm not sure if this is true. I read that has been bombed more than and put together by Coalition backed forces.

What about what is occurring in , the rest of the world is just sitting back and doing nothing about all this. How would we feel ourselves, as a collective people, being subjected over many centuries to this kind of endless tyranny/terrorism?

If you know your human history, you would realise how long we have terrorised and pilfered the countries of these people. How many ancient artefacts from the are owned by the Western world for starters?

Are we serious about stopping terrorism, even the terrorism that we are being subjected to? The answer is too obvious, it's simply no.

If we were serious, would we not at least try to stop the pilfering and terrorising of Middle Eastern countries? We are simply not serious about stopping terrorism, this is too obvious.

What has occurred in in the past days is simply shocking, what is ironical, is it just simply needn't have happened to begin with.

Now we would no doubt make out that we wouldn't stoop to this kind of terrorism!!

Also, what about the atrocities carried out by our own soldiers on the enemy in the wars in the last hundred years? If you know your history, you would realise how horrific these crimes were and are. We are not talking about people who had their hands tied or were being terrorised and had their countries pilfered over many centuries, we are simply talking about soldiers who have had enough.

There is no doubt that everyone who doesn't speak out about our own terrorist acts is in fact a terrorist themselves. Middle Eastern people are simply attacking their enemy, an enemy who is simply looking the other way in ignorance of their own terrorist acts. We, the people in the West, have the power to stop terrorism, because we don't, we have all become a terrorist and an enemy of terrorism. We in fact have created the terrorism of today which simply needn't have existed in the first place.
Posted by Mathew Naismith at 08:30 No comments: