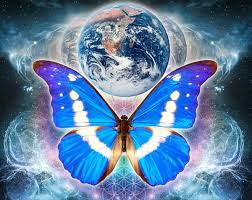 Interesting Chinwhisker, this is probably why I relate Christianity and Hinduism, in the raw form, to be of both western and eastern mind, yin and yang, however, I only equate Buddhism to yin, the feminine, the eastern mind.

I also wrote the following reply on questioning the bible and the mindlessness of the western mind. It was interestingly mentioned that the western mind is of control or of no mind.

+Chinwhisker  It's all to do with how one is conditioned to read the bible, however, as I have found out,  prayers have been changed over time to reflect a different stance, is the bible the same?

If one is all ego, can we equate this to no mind? By destroying the very thing one relies on for it's existence to feed it's ego, I would say this is of no mind.

has destroyed it's natural environment mainly because of western influence through becoming more westernised.  Yes, I would say it's fair enough to call the western mind mindless.

Primarily focusing on, for example, positive thinking or love and light, is focusing on our strengths while noticeably ignoring the weaknesses. A good example of this is of children being abused in every way, this is ignored by positive and love and light people because it's too negative or toxic to address. It's a weakness that is plainly ignored. If half the people in the world spoke against this kind of abuse, a lot of children would be saved from abuse, instead, the western mind focuses on itself and it's own strengths, not it's own weaknesses. By ignoring these weaknesses because they are not of love and light or positive, allows these weaknesses to flourish, in actuality that is exactly what is presently occurring.

I should mention here that stating Buddhism is equated to the feminine (yin) and not also the masculine (yang) is in reference to it's philosophies. I believe that Buddhism came about for a need of a philosophy and an awareness to balance out life as a whole that was and still is primarily of the masculine. Even though Buddhism is of a religion as well as of philosophy, Buddhism wasn't meant to be followed or used in the same way as most ideologies. I believe Buddhism should be used in conjunction with other ideologies, not in opposition, a lot of western people following Buddhist philosophies, in my mind, are using Buddhism in opposition to other ideologies, not in conjunction.

I suppose the way we are looking at past lives is more western than eastern.

At times translation between western and eastern is easy, at other times virtually impossible. I don't think everything eastern can be successfully translated into western and probably visa-versa. Language is one barrier but so is the substance or meaning. Considering that the eastern and western mind looks at things in quite a different way a lot of the times, this figures.

I was talking to a bloke from about the bhagavad gita, he simply said it's virtually impossible to convert the bhagavad gita to English, you lose too much of it's truer meaning. I don't think western language has as much inner depth and meaning as eastern languages. In saying this, I think the old English language has more depth than today's English; I'm not sure on this though.
Posted by Mathew Naismith at 09:10 No comments: