We are Guests within Time Itself 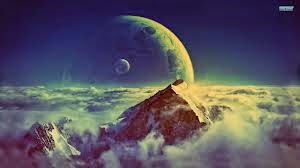 Hopefully this post will assist people to think outside time itself, it is difficult, while believing that we were created from time, to perceive outside of this time, this  knowing that you are not really of time can assist in getting ourselves to think outside the barriers of time. We are indeed eternal therefore not of time but guests of time as I will explain further. Is it important to know we are only guests of time? I think so especially if we want to heal, or more precisely, change the collective to something more constructive.

We were created in and from time, how is such a creation supposed to think outside of this time especially when all we are taught is also time orientated?  Actually it’s very hard for certain people to even perceive outside of their own taught perceptions within time itself. Anyone who thinks their science or religion for example, is the be and end all, can only perceive within these barriers, they are unable to perceive of any other concept past their own concepts within time,  perceiving to think outside of time is going to be virtually impossible.

Some people are unable to perceive outside of their own concepts within time and other people can perceive most of anything within time, there are also others who can perceive outside of this time barrier altogether, these are the people who know we are only guests of time not of time itself, in other words we are eternal.  It’s amazing why we all think so differently, it’s all to do with how we think within and out of time.

The teaching of Buddhism say there is no eternal soul; it’s the go self that wants to be eternal.

The perceiving of an eternal soul is dualistic and of time because everything of time, like the soul, is separated by it’s own individualism when there is no true separation, this makes perfect sense. This is basically saying that time is an illusion and that we are indeed a guest within time, this illusion itself.  This is in line with saying that the mind is the brain when the mind is only a guest to the brain; it’s an illusion when we think the brain created the mind when in fact the mind is only a guest staying at the venue we call the human brain.

No, time only deludes us to get us to think we are only of time, this doesn’t make time itself an illusion. Why isn’t time an illusion? For the main reason; within timelessness time has always existed therefore time can’t be an illusion, however, time can obviously give us delusions, for example, that we are only off time and not a guest of time.

So is there an eternal soul? Yes and no, this all depends on our perception of what a soul actually is. In time the soul is separate to all other souls as time is all about dualism but in timelessness all souls are of one entity, one source of consciousness, this however to me doesn’t make time an illusion, this is only the case if we believe we are separated by individual soul experiences within time itself. Also any experience in time only becomes a delusion if we think we are of time instead of being guests of time.  It’s amazing how confused we have become between illusions and delusions, if in timelessness, which we are of, everything has always existed so there are no true illusions only delusions brought about by the mind thinking it’s of time and not of timelessness.

Like the mind is of the brain, we are but guests of and within time itself, it’s very much like a holiday, it’s the conditions of the destination that defines what kind of holiday we will experience. Can we change the actual conditions of a location of a holiday? If we are holidaying in the mountains, we can’t change the mountains but we can change the way we experience these mountains while on holiday, experiencing anything in time is the same. Yes we have changed the surface area of Earth but the earth is still the Earth as the mountains are still the mountains, unless……. If we stop being guests of a location and decide to own such locations, then we in a sense can change the actual mountains themselves. Instead of humans being guests to time, we think we are of time itself therefore having ownership; we are in a sense destroying the mountains that we came to holiday in.

By not just realising but knowing that we are guests of time, we can indeed change these experiences to something far more constructive and fun as any holiday destination should be, time is after all but a destination for our eternal selves to experience.
Posted by Mathew Naismith at 09:40 No comments: