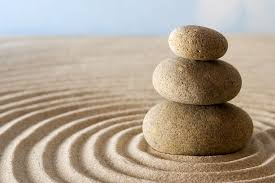 Being in the zone, to me, refers to an enlightened state where your focus allows you to perform physical and mental tasks way beyond your normal boundaries. Simply, your awareness has focus in this state on a particular task, not on many tasks at the same time. Boundaries by the way are a creation of the controlling ego, a separation of energy into negatives and positive, good and bad, wrong and right. How often are these separation thought of when in the zone? There simply not for all energy within this state becomes neutral, as if you are one with all the energy around you without separation. Imagine being at one with all the energy of the universe or even all of creation as a whole, this is the zone.

Focus on your awareness has focus, meaning that your awareness has focus on one thing instead of being partially focused on many things. Too often our awareness, when controlled by a controlling ego, will only partially focus on one thing, or, focus all energy, for example, on materialism or of what we desire. How many people put all their focus on their income and their job to fulfil their desires? When people focus like this, this is not the zone for energy used in this way is simply being abused. Often this kind of focus will create a destructive reality, not a constructive reality. If you feel at one with the energy around you, this is the zone, a state where you work in unison with energy without abusing energy. The zone isn't about fulfilling a desire; it's simply about working in unison with energy.

Do the people who experience the zone focus at anytime on their desires while experiencing the zone? Your focus isn't on positives and negatives, rights and wrongs, bad and good; your focus is simply on energy as a whole, there is simply no perception of separation of energy within this state. Be aware though, the ego in control will most often use this state to serve its own desires. This is often the case when the zone is perceived to be of a positive or is only obtained through positive thinking. Let's be honest here, this is the same mentality in that white people are more of a positive entity than black people. Never perceive that the zone is of and only gained through positive thinking, all this is a sign of is the abuse of energy, usually created by ignorance than awareness!!

Consider this, perceptions of negatives and positives, wrong and rights, bad and good, black and white, are simply perceptions where the zone is an actual state of consciousness and oneness. This is where energy is used harmoniously. You at no time have to be of a positive mind to experience this state; just don't be negative or even positive. Imagine not having to be positive because there were no perceived negatives!! Remember, positives and negatives are simply perceptions. How often is an occurrence perceived to be negative but then turns out to be a positive? Also, what is positive or negative to one person isn't to another.

I have had to do a lot of focusing in my life because of my predicament, at times outperforming people with no disabling abilities. I always remember a time when working at a National Park, barrowing wet gravel stone up a steep narrow hillside. A semi-professional footballer had a hard time keeping up with me. He never knew that I had a fully dislocated elbow and that my shoulder was weaker than my dislocated elbow.  Simply, my ego never took control of me because of my focus. Yes, pain can also teach us to focus but only if the ego in control is not in control of you.

There are a number of spiritual practices that condition us to focus better as well, meditation, singing hymns, chanting, praying and many other practices teach us to condition our mind to focus without abusing energy. Yes, playing a musical instrument or singing can also help us to focus in this way, often have performers gone into the zone. In actuality, anywhere where we are focusing, while working at one with energy around us, can lead us to experience this state called the zone. How many people have experienced enlightening experiences while going through some kind of trauma? What is no doubt perceived to be a negative experience by some people, can be one of our most enlightening experiences in our lives.

Even though I rely on psychology to give me some of the answers to life, in the case of the zone, psychology for me really doesn't have the answers or the answers that are true to me. I instead agree with the following.

Posted by Mathew Naismith at 10:53 No comments:

It's occurred again, a light bulb just went on Raghunath in reference to my interaction with people like you.

Consider this Raghunath. People talk about unconditional love and oneness at the same time avoiding, what they have judged, negative people and situations at all cost. There conditions in life are insurmountable. Get this. I personally know of Catholics who have helped various people of all walks of life including atheists in a big way. Who, between love and light people and Catholics, express fewer conditions?  Who is then able to truly comprehend and understand unconditional love and oneness the most?

I know of Buddhist and Hindus who express far fewer conditions than people of love, light and positivity. I have experienced this first hand, having been on a number of spiritual forums, their conditions to life overall are insurmountable. Look at what group is trying to switch the light bulb off of what they have conditions to the most. What group is trying to separate itself the most from the present reality? You could not become more of the dark if you tried; this is in fear of anything remotely critically judged as being negative and toxic or different to yourself. Being truly of the light is being aware of everything while of the absence of conditions as much a possible. You will notice a lot of these people also criticise religions!!

Conditions are usually created from perceptions of what is judged to be negative and positive, a division in consciousness, therefore energy, in fear of what isn't presently of ourselves. There is of course no true sense of oneness or unconditional love to be had in this. I am simply trying to awaken people to their own darkness, how many people today desire to stay unaware of themselves being of this darkness? People like you make a difference, for you are for turning on the light, not turning it off.

It's the seeker of light, of awareness, who turns on the light switch, not the person who guides you to that light switch. A true seeker simply refers to a person who seeks to express as fewer conditions as possible, most often seeking to do this unbeknownst to themselves. Less motion expressed is always preferable spiritually.

Also:
I do live in a cave, as such. I live within my own existence by going in, so so beautiful and harmonious. I created this cave, my own reality, by accepting everything for what it is, a consciousness lost within its own creation. Its nobodies fault and no one is to blame, it's simple conditioning over many years. We truly know not what we do, if we did, we couldn't have created such a reality.

When I face up to the worst of it, all I can do is smile but smile in bewilderment, not glee.

You didn't ramble on jim my, you simply expressed the truth within. Be you.

I am at times asked how I cope with this reality the way it is in the way I do. My wife and I haven't watched TV (television) for around ten years now; we have simply stopped the endless conditioning of television, the conditioning to what is positive and negative. We are simply being told or conditioned to what is and what isn't negative and positive. We are therefore often conditioned to express more motion, not less. What is a depiction of love? Lust and desire. What is positivity? Control, manipulation and the ostracisation of everything that doesn't give us control. Being in control is positive; not being in control is therefore negative. We are the good guys, they are the bad guys, it's a continuos separation (division) of consciousness. Of course television is but one media outlet that conditions us to express more motion, not less.

I am also asked how I coped and cope with the type of injuries I incurred in my childhood. People, who have incurred an injury half way through their lives, wonder how I copped with my injuries and also coped with my injuries without taking painkillers. Also, some of the work I did in my life was too hard to do for fully able people, people without serious injury.

If I tried to be positive all my life, I simply could not have done what I did; all my energy would have gone into trying to be positive instead of trying to be neutral. Being positive takes an endless amount of energy, it's something that has to be continually fed to stay positive. It takes very little energy to be neutral as there are no conditions to be neutral other than staying away from conditions in the first place. People excessively positive have to feed off of each other, this is why they ostracise anyone who is remotely judged as being negative, now imagine for a moment not having to do this.

You can see how I cope with this reality is simular to how I cope with my injuries and many other challengers in my life; I try to stay away from anything that conditions us to certain conditions. My own life experiences, which are often perceived as being negative by positive thinking people, is enlightening only because of the lack of conditions I put on my life. Now do the same with this reality. Look at this reality as a person trying to cope with a disability instead of a person who is simply negative. When you take away the conditions of negative and positive, you take away the need of excessive counteractive motions.

I ask myself, what is there to be so excessively positive if the same opposing excess doesn't exist? One excessive naturally creates the other; now imagine a reality of the absence of excesses. Perceptions of negatives and positives are simply perceptions and conditions we have created no more. Only through these perceptions can we create excesses. Don't be deceived for one moment, you don't have to be excessively positive to cope with life as it is, in fact, excessive positiveness doesn't cope, it simply ignores or stays in the dark to cope.......!!

Think on this, are sports people, who experience the zone where everything seems to slow down and they are at their optimum, think they are negative or positive at the time of their experience? They are simply neutral to all around them.

Extract: According to Csikszentmihalyi, the secret to getting “in the zone” is the Goldilocks principle: not too hot, not too cold. You want to feel inspired, but not overwhelmed. We can apply this to anything (everything!). Your squat weight, your career path, and your sex life: not so much challenge that you burn out, not so little that you get bored.

Note: It's also worth reading what different people feel when in the zone in this article. Imagine a reality where all that exists in this reality is in the zone......!!

Posted by Mathew Naismith at 10:29 No comments: