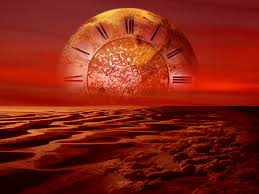 There is an obvious difference in how consciousness works in time and timelessness, this is worth being aware of in my mind if we want to build upon a more constructive reality.

There is a huge difference between states of time and timelessness, however, we can exist within these two states. It's like meditating while at the same time working in a job that takes a lot of thinking, this is certainly attainable. It actually takes balance between time and timelessness states to create a reality based more on passive motions.

At times, I will only exist within my own space, this means there is no focus nor intentions and certainly no goals in mind. It's usually quite beneficial to get into my own space for no reason what so ever, in other words I have no intentions of a goal before getting into this state and it's certainly not in retaliation to circumstances surrounding me either. This state isn't always attainable though, mainly because I'm still usually focused on certain circumstances surrounding me, at certain times I am unable to just let go of these circumstances. In this case, it's a good idea to be aware of what we are in judgment to at the time, timeless states after all are totally void of judgement of any kind, it's no wonder this state isn't always attainable to us.

Imagine this; what would instantly occur if we became more the observer (motionless)  than a participator (motional)?  Being the observer would allow us to understand each other better, but most importantly, our consciousness would become less expressive of motions. Wouldn't it be sad if we had less wars and conflicts in the world, this would occur if only we could observe more and act less!!

This is why wisdom is all about being an observer rather than a participator, only through observing can we become wise. This is why I state that God's consciousness is of pure wisdom, it's always in observation of time.

So how do we become aware a timeless state if we are unable to observe this state?

I, myself, try to stay away from fixating myself to any set ideology and become a participator, I instead prefer to be an observer of such ideologies therefore, I feel,  more connected to this timeless state we call God's consciousness.
Posted by Mathew Naismith at 08:59 2 comments: