Moving Towards the Collective Light 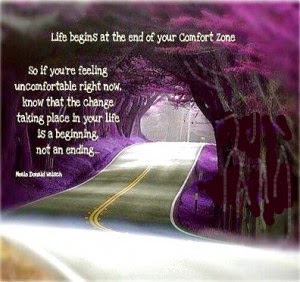 The transition stage: When we die or as I put it, go through a transition period, we can either go into the light or not, that is our choice, do we not also have the same choice on a collective scale?  I think we do....

We are certainly, on a collective scale, going through a transitional phase at the moment in more ways than one, however, any transition means the demise/transition of certain mentalities and practices. This transitional stage can be quite harrowing for some people when they are dying and for others a saving grace, is this any different to what we are witnessing in the present on a collective scale while taking into consideration of religious extremists in particular? To me they don't seem to be going into the light but continuing on there merry way as they have always done, does this mean the collective spirit will flounder around like ghost after the transition?

When an individual passes over (dies) while still being fixated to certain conscious existences such as extreme religious ideologies, it makes sense such consciousness's will flounder about after the transition period, what we are doing is talking about an actual consciousness here that is very strong within it's fixations. This can also occur in relation to materialism as well or anything else a consciousness becomes fixated too. I have come across this a few times myself where spirits/souls become fixated to a certain consciousness, they just don't want to move on into the light to evolve.

What we are talking about here is the demise/transition of a consciousness, not something of a physical domain, it's about a consciousness that is rapidly changing and some parts of this collective consciousness will find this transition quite hard to take, this is like some people take their own demise/transition in a bad way. The strange thing is, religious extremist views are acting exactly like what some ghosts act like, they just don't want to let go and will do anything to hold onto their fixations. 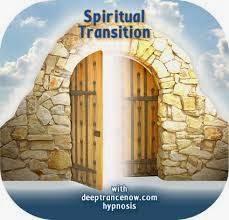 The light: Ghosts/spirits that don't move into the light, are unaware of what the light actually is, some of them honestly just don't want to know because of their fixations to a certain transitory consciousness, is religious extremism and materialism, for example, on a collective scale, truly any different to the way a ghost who have fixations to a certain consciousness any different?

The light can be very scary for some people personally, but can be even scarier  to a large part off the collective who have fixated themselves to certain transitory states of consciousness, for example,  people fixated to religious extremist ideologies and materialism. This is due to the light not being of any fixations what so ever, all transitory conscious fixation give way to the light, this can be very scary for anyone fixated to a certain conscious state. I have utter empathy for any consciousness that is fixated in this way.

I can't talk myself, I've deliberately kept myself ignorant as much as I could even though I was aware of the light from a young age, this is because I came here to experience spontaneity like everybody else otherwise we wouldn't be here, however, there is now a need to go along with the change for the sake of evolving or ascending consciously. This partakes us to go into the light, in other words become aware of the light and the difference between transitory consciousness and eternal states of consciousness.

We of course have a choice on a collective scale, do we become ghosts or do we move into the light, the choice is ours!!
Posted by Mathew Naismith at 13:09 No comments: