Awareness of Our Own Expressions 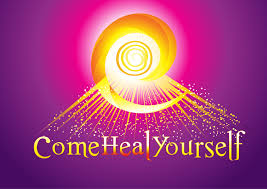 Being aware: Awareness of our own expressions is to do with a simple observation process, even though this process is simple, it’s very effective.  It’s  important to firstly not judge any expression of consciousness right or wrong, just see it as an expression no matter what it is. Also this reality is highly expressive of the ego, try to observe these expressions without too much judgment, this allows  us to become emotionally detached from the ego, in turn, this allows us to become the observer.

There are huge benefits of becoming an observer other than being able to detach yourself from the extreme emotional traits of the ego, awareness is one of these benefits. I try not to judge a right or wrong with any expressions of the ego, but at the same time, allow my human self to express these ego traits quite freely. The reason I can express these ego traits is I don’t judge them as being right or wrong, they are just  expressions. If I was to deliberately try not to express these traits, that would be a good sign I have judged such traits as being wrong in some way, it's worth being aware of this.

When I humanly allow myself to be drawn into an expression of the ego, especially if I express anger or displeasure,  I spiritually, as an observer, just smile at myself  for being so expressive, in this state I don’t judge such expressions as being bad or good in anyway.  What I do is smile and it’s this smile that is a sign of awareness, an awareness of my observing self observing a human expression of my self.  If on the other hand I didn’t smile after expressing myself, especially in anger or displeasure, this is a sign I’m not aware of anything beyond human ego expressions at that time.

Being expressive: If I was aware of being an observes all the times without judgement, I wouldn’t be as humanly expressive as I am, to me this would be a huge shame. This reality is all about egoistic expressions, it’s not about being aware of our observing self all the times or being in total oneness, this reality is about expressing consciousness in various ways, not one way or the other.

So is blowing up innocent people and beheading people for example wrong?

It’s wrong in a human sense, if this wasn’t the case, there would be something wrong in this, so humanly there is a wrong and right and quite justly so, if there wasn’t, this reality would be something quite different to what it is, it would be far more expressive of egotistical traits.

Humanly, I still observe through  judgment and bias but spiritually I don’t, if I allowed my spiritual self to see these expressions as unworthy, I would have judged a wrong, I would no longer be a true spiritual observer.

Yes, I smile a lot at my expressive human self but I don’t judge these expressions as being unworthy of expressing, if I did, I would no longer be a true observer, this is important to realise if we want to become a true observer.

Being a true observer actually occurs quite automatically for a lot of spiritually people, this is due to becoming aware of something beyond human perceptions, perceptions influenced by ego expressions, especially, without judging these expressions unworthy of expressing in some way.

Worthiness: Yes, it’s quite difficult to not judge the killing of innocent people as unworthy, this is done by not judging these expressions as being worthy either, they are just an expression, however, each expression that is obviously destructive, is a sign that such minds are ill in some way. Anything that has to feed off from the light, innocent people in this case,  has a sickness otherwise they wouldn’t need to feed off of such light. This basically means, if you are not of the light, of this awareness, you most probably suffer with some kind of illness, this illness is defined by how destructive you are. People of this light are not usually deductive.

The following question and answer is important to become aware of, is a person who is ill any less worthy than a healthy person because they are ill?  The answer of course is no, actually any person who is ill, needs more attention not less, By judging them unworthy or wrong in some way for being ill, is an illness within itself. This all comes about by observing through judgement and bias rather than just being a true unbiased observer.

We need to become aware of our illnesses brought about by observing through judgment and bias, the less aware are, the more prone we are to these illnesses that cause us to be so destructive.

Expressive rocks: The following is a little strange to say the least, instead of people being destructive because of their illnesses, I’m going to replace people with rocks.

Imagine if each and every rock was able to be as expressive as humans, each rock is differently shaped, coloured, and because of what each rock is made out of, expresses itself differently to other rocks, they are also of different parts of the world. Now imagine these rocks, that are driven by judgmental and bias observations like humans,  humans and other innocent rocks would find themselves caught between a cataclysmic war of rocks. Instead of everything else being caught up in human conflicts, humans would we caught up in the same conflicts they cause the rest of their environment.

We are lucky, rocks don’t have the same consciousness as humans, they are also not prone to illnesses that cause them to inflict such destruction through judgmental bias observations.

In my mind, we really do need to become more aware of our own expressions and the illnesses such expressions can and do cause us, we can no longer afford being ignorant to this. A good thing to remember is, the more expressive we are, the more motion we cause,  the less expressive we are, the less motion we cause and the less motion we express, the more aware we become and the more aware we become, the less likely we will fall ill. Like being aware of proper hygiene to stop us from falling ill, awareness of perceptions beyond the ego will help us from falling ill. It’s handy looking at the ego as a virus as well, if it’s not kept in check, it will flourish and make us ill just like the lack of proper physical hygiene. It’s always worth being aware of our physical, mental and spiritual hygiene.
Posted by Mathew Naismith at 07:42 No comments: