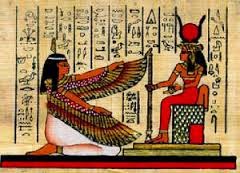 A Message from the Hathors and Tom Kenyon

If any of my readers wondered where I am coming from with a lot of my writings, the following should clear this up to some extent. I should also point out that the following is only an extract from the link address shown below.

I will say this again because I think it is vital to understand in our current situation:

The future is not a predetermined certainty, but rather a multi-dimensional set of probabilities and possibilities.

The message, below, addresses several areas of concern, most notably climatic and Earth changes, but their take, as in so many things, is quite unique. Essentially they are saying that we are in a very dangerous passage in regard to our physical survival, and that, seemingly unknown to us, we collectively hold a key to our survival—if we will only use it.

The key to which they refer is the act of living in ever-increasing levels of appreciation. They have commented on this to me on numerous occasions. The quasi-science on this (meaning this view is theoretical as opposed to being generally accepted by mainstream science) is that our DNA responds to our emotional state (our feelings) and then emits light and energy-patterns that affect matter. In other words, our DNA somehow affects our external reality through a process of vortex mechanics. I am not going to try to describe this here because most people aren’t interested. You can find research reports on this type of thing by doing an internet search on—DNA and consciousness. Especially check out the work of The Heart Math Institute.

In my own personal experiments with appreciation, I have found that when it is experienced for longer than a few minutes, it often produces a hypnotic-type feeling of bliss, which I equate to an increase in endorphins. At the very least, I think most of us would benefit from regular periods of appreciation/bliss in the course of our day-to-day lives.

The challenge for many persons is how to feel appreciation when there is seemingly no reason for it. I have actually addressed this question in a previous letter, when the Hathors gave a message on the importance of this emotion, about a year ago.

I think we are facing a collective and global intelligence test. If we fail to wake up in time to our power as creator-gods, taking both action and responsibility, knowing that our consciousness affects external events, we will pass into oblivion—much like the dinosaurs of old and integrity in government. We are in a time of immense chaos and transformation. Interestingly, the Chinese word for transformation consists of two ideograms—both danger and opportunity. Unquestionably, we live in dangerous times. I don’t think anyone would deny that. And the evolutionary task, I think, is for each of us to find the opportunities and take the actions to transform ourselves even in the midst of life’s increasing dangers. It would be far easier to contract into ourselves and re-treat from the world, but I think that would be a grave mistake—literally.

To make things ever more daunting, we are living in the midst of a dying world, both literally and figuratively. Just read the latest scientific reports on the condition of the ecosystem, including the melting of the polar ice caps, and it becomes crystal clear what dire shape things are in. But the death of our world also includes the collapse of our modern ways of living because, quite frankly, they are unsustainable. It hurts both the Earth and its inhabitants.

So what will the new world look like on the other side of this metaphorical (or perhaps literal) death? I don’t think anyone really knows for sure.

What the Hathors say is that we collectively hold a key to our own survival and destiny. The question is whether we will wake up in time to use it.

I am a practical person and I don’t usually go for things that are too-pie-in-the-sky, so when the Hathors’ suggested that appreciation is the key for changing destiny, I hesitated.
I mean how many of us will it take living in appreciation to tip the gyroscopic balance of our destiny in favor of our collective survival? And just how many hours a day does it require to be in appreciation to be effective? 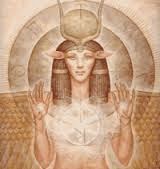 To be honest, I can’t sustain a continual state of this emotion for more than a few hours. Something always comes along to blow it. So I find myself having to regroup my mental carnival from time to time in order to re-enter the appreciative state. But when I do, it is well worth the effort. And that may be the main reason for this mental/emotional discipline—it increases wellbeing.

I don’t really know if we can tip the collective scale. I don’t mean to be a pessimist, but it is in my nature. Actually I am a strange bird, an odd mix of optimist and fatalist. I usually reside somewhere in the middle, though something can send me flying to one side or the other, like the pendulum on an old grandfather clock. But usually I just hang somewhere midway between up and down. I am the kind of guy who, when he sees a glass of water, sees it neither half full, nor half empty. It simply is.

And that’s how I see things currently in the world—it just is. Yes, I know that last sentence was technically a grammatical error. I say this for the benefit of those grammarian souls who live just for the opportunity to pounce upon a misplaced participle or whatever. Sometimes we need to abandon the rules in order to make a point. And quite frankly, I think that freedom of expression should take precedence over rules and grammarian dogma—when it is needed. In a similar vein, I think we will collectively need to abandon some of the rules we have been given on how to live a life—like not making waves and pretending that everything is alright and that we can continue to live like we are used to. If we don’t change how we are living on this planet (both in terms of outer action and inner feelings) I suspect that soon we will not have a life worth living.

So what is this isness of our world right now? Chaos. No doubt about it. Things are up in the air all over the place, and life is becoming increasingly surreal as we move closer to that mythic, often hyped, Mayan end-of-the-world-as-we-knew-it party (2012 or thereabouts, though some people are quibbling over the actual date and what it means).

On a bad day (when fatalism reigns supreme in my inner kingdom) I look at the world and wonder, what the—to use a grand old word from the King’s English—f__k is going on. I mean can we humans really be that stupid? Well, evidently yes. And on these glum days I see little hope for any movement up the evolutionary ladder. In fact, when I see the rampant stupidity going on around (and to be honest, sometimes inside) me, I think we will be forever set-back a grade and never graduate from Middle School—or is it Elementary?

Then on those wondrous optimistic days I look at the chaos of the world and know that chaos is actually a highly creative state. Anything can happen. Unpredictable miracles can and do occur (along with horrors, but that’s another story). The point is that we are in a highly volatile time and the course of events can change in a moment’s notice. I pray for this change of course every day, and in my optimistically flavored moments, I see reasons to hope that it shall be so.

Note: You may duplicate this information in any format and share it with others so long as you do not alter its content in any way and give credit to Tom Kenyon (including the address of his website and this notice).

I address appreciation and acceptance so often in my posts it’s not funny….well actually it is in a way. The non-appreciation of the ego is only going to cause us more grief and the ego is who we are at present, this is like not appreciating the present when everything stems from the present moment.  We really do in my mind need to show a little more wisdom within our wisdom to change things for the better if that is what we truly want.  Just because we appreciate and accept something doesn’t mean we can’t change it, if it’s destroying more than it creates or it’s destroying everything dear to our existence then we should show a little wisdom and change this destructive course, we are all quite capable.
Posted by Mathew Naismith at 14:31 No comments: