Healing Ourselves through Being Unintentional 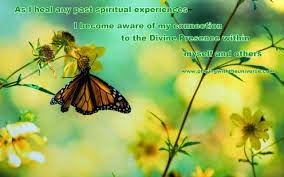 I was a little bit surprised of the reaction my last post received; I didn’t think this post would be well received at all mainly because we are taught from birth to have intentions. Life itself, without human influence, is about intentions; it’s about surviving under the influence of the physical elements surrounding us and when we add man to this equation, these intentions boomed which in turn created even more chaos in the physical world.  Life itself is about chaos because it’s always about intentions however the difference now is we seem to live wholly by intentions which in turn creates even more chaos.

Politics is driven by intentions and so is religion as is of science, it’s all driven by intentions to do one thing or another usually in reaction to something else which creates a never ending action reaction effect, this of course in turn creates even more chaos and in my mind we certainly don’t need any more of that.  The thing I’m becoming aware of now is more people are moving away from anything that creates an intention either it be knowingly or unknowingly, I truly didn’t know this within myself until recently.  I was only moving away from people and situations that live by intentions. At first I thought I was just moving away from destructive influences that were always trying to influence my vibrational signature, trying to influence me in a destructive way.  I wanted to become more constructive within my mentality; this isn’t easy when around people who have a destructive mentality. This was obviously an intention; I was reacting to a situation that no longer served me.

The truth is I was adding to an already existing chaos when I was trying to move away from this chaos, this added to the chaos that was created through my intentions. Yes I felt better within myself but I felt I still wasn’t there, I was aware that the chaos was still present  around me and could at any time within my weakness come back into my life.

Being aware of my own intentions gives me a different perspective; I am no longer trying to rid myself of chaos and even intentions but to just become aware of my intentions and what they create, within this awareness we automatically dispel any intentional reaction.  This of course can only work if we truly want to let go of our intentions in the first place.

The less intentional we become the better the healing process is, this is because intentional acts are always in reaction to something else, by pushing something away, like chaos for instance, we are causing a reaction that now needs to be healed.

We could say by pushing the chaos in our lives away we are healing; this is still an intentional act which can cause a reaction (chaos).  By becoming unintentional, we automatically heal because we are not reacting to a situation or another person, the healing process isn’t an intentional healing but a healing that is brought on by being unintentional without an action reaction effect.

I now smile at people who express intentions consistently, they are not aware of what their own interactions are creating and adding to. I still express intentional reactions but I am now very aware of what these intentions create, my intentions have certainly dropped off quite significantly thus taking away the bite of the chaos surrounding me within this physical world, I no longer have an intention to rid myself of chaos because the chaos surrounding me is far less prevalent through being unintentional.

I did not intend to react, this quite automatically came to be however I did react to previous reactions by writing this post in reaction, this would have to be an intention by me would it not?

Two people are having an argument, one person quite automatically hits the other quite unintentionally which has now added to the chaos, is not my reaction in producing this post the something, it’s an intention even though it wasn’t written intentionally?

Being unintentional within my actions came quit automatically even though it’s a reaction, the reaction was automatic and not intentionally induced, in other words I went naturally with the flow of things.  Are two people having an argument to start with unintentional and natural? No one enters into an argument unintentionally even at times this might seem to be the case and no one unintentionally hits another person, the actions are in direct reaction to a circumstance, there is nothing truly automatic about a situation like this.

The more unintentional we become to more automatically things will occur around us without having such intentions of such things happening to us. This is very much like the synchronistic moments of time people can experience, everything just comes together in synchronicity, being unintentional has a similar affect, our needs just occur without an intention.
Posted by Mathew Naismith at 10:15 No comments: