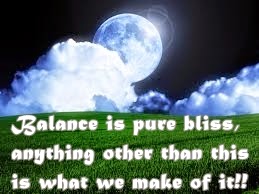 This discussion about time and consciousness seems to be coming up where ever I go, like a good internet friend said to me, we can’t discuss this enough because we know so little about time, timelessness and consciousness beyond human concepts.  The funny thing is we agree to disagree on these subjects as we both have our own views, this however doesn’t stop us from voicing our views as it shouldn’t of anyone.

A consciousness can’t exist without it being aware and the more aware we become the more conscious we become, they certainly to me go hand in hand, you can’t have one without the other so if one’s an illusion so must the other.  The problem I see is we are confused between the human concept of time and real time. The human concept of time is an illusion if we looked at it from a timeless perspective because there is no distance between anything of consciousness in this conscious state of timelessness; this isn’t the same if we looked at time through a human time perspective. There is certainly a distance between any objects of time within a consciousness of time; this however isn’t the case while in a conscious state of timelessness.

All we need to do is be aware that real time represents consciousness itself not just a measurement of a kind and that to be truly conscious, one needs to perceive in both time and a timeless state of consciousness without judging the other an illusion. Judging anything as an illusion is very much a human concept of understanding which only allows us to perceive in a human way. Consciousness as a whole has no such boundaries therefore no set concepts and perceptions, nothing can ever be a true illusion in one sense or another.

One more thing, you cannot imagine anything that is not a part of this whole consciousness in one way or another so perceiving something is an illusion isn’t altogether incorrect either, it can only be incorrect or correct within a certain perception. The trick is to perceive past your own perception and don’t ever think this perception is it; this God’s consciousness is far vaster than that!!
Posted by Mathew Naismith at 10:23 2 comments: