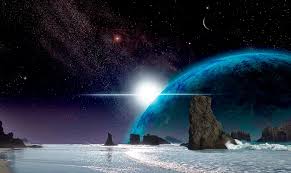 It's occurred before, they returned and found that the children have been very naughty and destructive so they packed up the naughty children's toys and sent the children to a place of self-reproach. When a consciousness becomes overly destructive of their own and everybody else's toys, a more aware and wiser consciousness naturally takes responsible action. These toys are in reference to the universe and Earth itself and human consciousness.

I will now go to the responses I received in relation to my last post and my follow up replies. I have found it's always wise to include other peoples perceptions to get a better understanding.

Reply to my last post:
A lot of the basics, the underlying bits, are the same throughout time. As to "people like Matt" doing or not doing wrong, I personally pay no attention. I am not responsible for anyone's journey but my own. At the end of the day I am totally indifferent to such things, it's like I said if you are looking. Me? I'm just not. I'm fine with my many dimensions just the way they are ;)﻿

My Reply:
I'm not sure if you are into the concepts of oneness or not, if your not, consider this, we are all on the same human journey while taking different paths within this (one) journey.

Matt's path is to market he's kind of path, when does Matt's path stop being an individual path and become the journey that we are all walking? Look at it this way BE, when a politician is noticeably hurting the country he is supped to be responsible for, we are not supposed to be responsible for his actions and vote him out of office!! It would be irresponsible, not just to ourselves, but everybody else if we didn't take responsibility for his path which he has made apart of the collective journey.

Sorry BE, I'm for being responsible for only in our irresponsibility to each other can we create such a chaotic destructive reality. It's a collective journey BE, not an individual journey that we take no responsibility for.......

Reply
I have been on an awakened path since the mid to late 70's. I have seen much, learned much, experienced much and have lifetimes to keep doing so.

You really needn't explain, I understand. If you were to read my writings you would see many references to spirituality not being a thing one can buy and sell....among other topics of a similar nature.

I didn't reply to this reply from BE but I did reply to another reply from BE which gave me a better comprehension of where BE was coming from, from the start. The following exchange took place between BE and myself.

Reply
I think it was easier prior to the internet to obtain accurate information. These days there's just too much information and much of it is MISinformation and the really sad part is that so many folks have gotten to the point where they don't care if it is information or misinformation so long as they agree with it.

I feel very blessed to know how to really dig in when doing research, it's like a treasure hunt for information, lol﻿

MY REPLY
Agreed, if you are aware of what you are searching for on the net, the nets great, if not, the nets a nightmare to finding the real truth, not just a perceived truth.

In such a chaotic reality, people want to believe what they desire to believe, not what actually is. A lot of science experiments are also conducted like this these days sadly enough, the age of false prophets, what can I say.