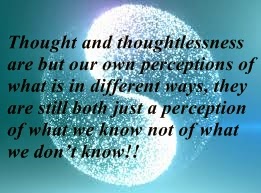 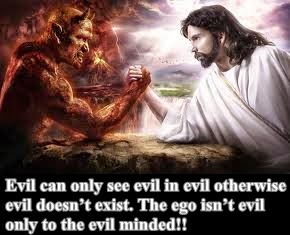 Before I go on, what has science and spirituality got to do with thought and thoughtlessness?  To most people science is about thought and spirituality is about thoughtlessness, this brings me back to my recent image depicting two opposing polarities either fighting it out for control or working together in unison to give balance. This image, and it’s message, sparked a few discussions.  Science minded people don’t believe in evil, as in like a devil, so any image depicting evil will be slammed without further thought.  When you first look at this image all you can see is evil plus the message underneath this image also mentions the word evil so to a science minded person this image and it’s message is all about evil even though they don’t believe in evil. 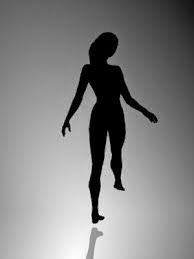 see evil in the image even though the message depicted the word evil a number of times,  it was two opposing polarities uniting together to give balance. This changed the interpretation of this message to there is no evil.  Being spiritually and science minded I saw both which is in sync with the spinning lady.

Thought and thoughtlessness give us chaos even though thoughtlessness is supposed to be all calming and collective, it still produces an opposite within it’s actions because it believes, without a doubt, thought is of chaos.  This brings us back to action reaction, push and pull.  By pulling thoughtlessness we are pushing thought away as if it’s something unbecoming, this gives us a reaction which in turn creates more chaos.  How many centuries have spiritually aware people been pushing away thought and pulling in thoughtlessness but the world is just as chaotic as ever if not more so? Is science as a whole reacting any better?  I can’t honestly see either science, which is represented by thought, being any more pleasant than spirituality which is represented by thoughtlessness but of course people of either camp believe otherwise which of course gives us more chaos.

Now let’s take another interpretation of this image into consideration, neither is good or bad just opposing forces coming together to give balance.  Take notice of the two hands together as one to give us balance, we neither have thought or thoughtlessness being depicted as either character as our main focus now in on the hands giving us balance between thought and  thoughtlessness. To me both science and spirituality have killed off multitudes of people, how many people is science killing off today and not just through it’s weaponry. The recent nuclear reactor disaster in Japan is a good example of this which is far worse than we are made to believe.

The easiest way is to see no thought or thoughtlessness, no opposing forces battling it out but a culmination of all of being as one.
Posted by Mathew Naismith at 10:28 No comments: 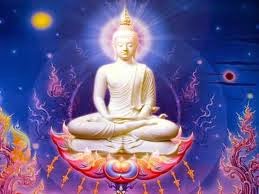 The following was a discussion between a bloke called Eddie and myself about my last post, Meditating Using Awareness and Visualisation.  This discussion brought something out of me that I thought was interesting, constructiveness isn’t in opposition to destructiveness , it’s actually the middle ground between thought and thoughtlessness.  And please don’t take anything here as gospel, I’m only relaying on what I deemed as an interesting conversation.

Eddie
Thoughtlessness is the understanding of who and what we really truly are. We are indeed the creator and the engineer of thoughts ourselves for the renewal of deluded existences which is not belonging to oneself but delusions (empty cloud).﻿

Mathew
Eddie Lau I like the middle ground between thought & thoughtlessness. ﻿

Eddie
Mathew Naismith Thoughtlessness is the so called the middle ground between the self-created thoughts/conditioned memories, renewing its own existences like the cycle of clouds formations that look solid but empty in reality. The realisation of these clouds/thoughts which are empty, ceases its formation naturally without slightest/subtlest effort.﻿

Mathew
For some reason I see the middle ground as being between thought and thoughtlessness, could be my human conditioning.

To me thoughtlessness is pure consciousness without any push and pull effect, in other words consciousness isn't reacting to itself.

Thought on the others hand has everything to do with consciousness reacting to itself.

The middle ground to me is therefor between thought and thoughtlessness. It's consciousness reacting to itself in a non-destructive way.  In this middle ground the ego becomes constructive.

The reason for this, just because this middle ground is constructive doesn't mean it's in opposition to destructiveness.

To me the middle ground has to be constructive neither of thought nor thoughtlessness. Destruction needs constructive to exist for something to destroy, there not opposing at all.