Why Be Fooled Into Masochism 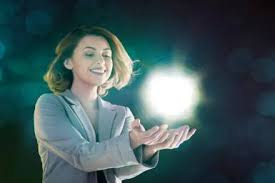 Masochism in this case refers to self-mutilation for self-pleasure, the destruction of our natural environment is a good example of this, another example is being involved in the loss of other people's faith in humanity while we sit within our own personal peace and tranquility. Masochism certainly seems to refer to individuality rather than the collective, an individual consciousness rather than a collective consciousness but the question is, are we being fooled into masochism?

Masochism certainly refers to self-pleasure, this also includes spiritually aware people sitting within their own created environment while mostly and deliberately ignoring what is judged to be negative or bad by them. It's wise to be aware to what we are doing, the problem with me is, and it does seem to be a problem with a lot of people, I'm for truth, justice and the Australian way, or more precisely, truth, justice and the collective way. I observe myself rather than judged myself, through this,  I become aware that I can become fooled into being but another masochist quite unbeknownst to me.

It's obvious that the world is self-mutilating itself and has been for many years and it's not getting any better. We have been utterly fooled into self-mutilation, mainly to serve the desires of the few. The average person has also been fooled into participating in this self-mutilation through self-pleasure and desires. What makes us feel good must be good so we participate. Now the main reason I think we do this is to detract from what we have judged as being negative, anything that makes us angry or sad is opposed by our pleasures and desires being met, however, while this is occurring, we are being fooled in to being masochists, mostly quite unbeknownst to ourselves.

I'm going to now use a bit of Christian analogy here even though a lot of spiritually aware people have judged that Christian ideologies are fear based, this of course couldn't be further from the truth. Why? Fear for starters can enlighten us to what our present actions will create, a lot of what is mentioned in the bible is occurring right now in the present. To also have fear of fear is being fearful, let's be honest here. I know a lot of clergy have instilled this fear within there parishioners but a true Christian doesn't fear fear to start with, therefore, they don't have a fear of fearing unlike many new age spiritually aware people do.

You face fear face on, it's like facing the devil face on. Now is the devil a fear based analogy? What is the devil, what would the devil be into other than fear? Masochism, what is presently occurring right under our noses and what are we also participating in? Masochism, the devil has arrived through us but don't be fooled that the devil has horns and would be quite noticeable, in fact the devil is wearing sheep's clothing, it's disguised. The devil, like God consciousness , is a consciousness, a consciousness we take on that creates the reality we presently exist in. Basically, we have summoned the devil's consciousness by participating in masochism, quite unbeknownst to a lot of us, we have certainly been fooled. I should also state I'm not what you would call a Christian, I really don't have a label for myself and why should I!!

Now coming face to face reminds me of the time I came face to face with nine entities who were well and truly into masochism, to dispel them, all I did was laugh at them. The reason why this worked was simple, I didn't fear fearing and I wasn't of a masochist consciousness, I was of a consciousness that was anything but a masochist. You could say I was of the Buddha or Jesus consciousness. Yes I know, a lot of Christians don't kike putting Buddha and Jesus within the same category but what is is what is...

When I smiled at these entitles, I smiled with the awareness that they are of this God's consciousness no matter how much of a masochist they become. How many people today want to purge themselves of this connection to this God's consciousness? Are things getting better in the world or worse through this purging? You could call this God's consciousness what ever you like, we all still come from the same source, energy is a prime example, everything we can become aware of is energy, energy = the spirit within all things. A consciousness can purge itself of this energy as much it likes through self-mutilation (masochism) but in the end we are what we are, one consciousness split up by an unawareness of who we truly are.
Posted by Mathew Naismith at 09:09 No comments: