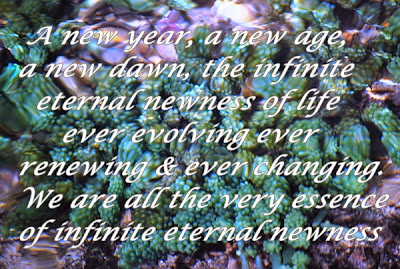 I think the quote above says it all, we are indeed a renewable energy form ever evolving ever renewing & ever changing, life never ceases to exist it just changes its flow like a river changing its flow however rivers seemingly unlike us can cease to exist at times. Life is obviously all about renewing; I don’t know how death became a part of our vocabulary as it really doesn’t exist even when we look at the death of a river, does a river really cease to exist?

Like us when we change form after our supposed demise the river becomes something else, a river bed & most probably in the future a forest, it changes form as we do so no the river itself may be no longer called a river but it still exists in another form.  Scientists say you cannot destroy energy once it becomes energy, it can be changed but never destroyed or ever ceases to exist & we & the river are but forms of this ever changing energy flow.

“Life is but a renewable force forever changing with the flow of all else that exists.”….Love Mathew

Have a Happy New Year everyone.
Posted by Mathew Naismith at 10:49 2 comments: