What is the Higher Self? 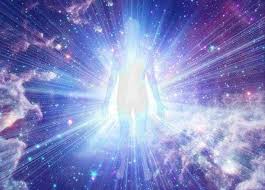 In truth, there is no self either, only being for a perception of self still refers to an attachment. In saying this, because what the ego calls the higher self represents all of what is without exception or desire, what is perceived and created through the ego is also of the higher self. What I am trying to say here is that the so-called lower self is as worthy as the higher self, what other state can the higher self humble itself to if not to the ego, the lower self?

This is how the ego often sees it these days. The ego represents an illusion and lower vibrations which represents the lower self and separation to what the ego doesn't desire to be a part of.

The higher self observes the ego as simply the ego without separation, even to what is real and what is an illusion. There is no perception of separation or of a lower self, just an observation of a self unaware of it's whole self.

The soul; is also often mistakenly referred to as the higher self. The soul is simply an immortal part of a person which experiences all our lives as one life lived. My own soul doesn't see that I have experienced separate lives; my soul observes all my lives lived as simply many life experiences experienced, not as separate lives lived. In saying this, souls can perceive each life as being separate to the other as well; this depends on the soul experience being experienced. Like with our human form, once the soul experiences actual enlightenment in a life experience, this enlightenment is always remembered by the immortal soul but not always remembered when recreated in a mortal being.

Are souls different to each other as humans are? Yes. Remember, the soul is simply an immortal part of our mortal being and yes, it matter to the soul how we live our mortal lives. So does this mean some people are of a higher vibration or level than other people? No. To the ego yes but not to the higher being as the higher being represents all of what is, not just what we desire to be a part of. The ego doesn't desire to be apart of the lower self so it calls this lower state an illusion, negative and even toxic, etc, or, the ego goes the other way, there is only ego, all else other than the ego is an illusion. The ego says take your pick for they are one of the same thing thus create the same exact type of reality, a reality controlled by the ego!!
: To the ego in control this is all mumbo-jumbo, in other words nonsense and understandably so. I once had entities purposely fixated to ignorance approach me in this life experience, I instantly dispelled them through simply showing a glimpse of what they are also apart of. The glimpse was of the higher self which a lot of religious ideologies call God or as state of God. I have lost count how many people have acted in the same way as these entities when their own creation seemed threatened. No matter what experiences our souls have experienced, we are still all apart of the so-called higher self. No matter who you are, the door to the higher self is always open to you, at no point are you not apart of this higher self no matter what the controlling ego says.

So there we go. I should also say that some people have also replaced the perception of God with a Goddess in a way, in that unconditional love is the ultimate state of being. Unconditional love makes reference to the feminine so an idolisation to a Goddess occurs, especially when this state is seen as the ultimate state. Try to avoid the egos manipulation therefore abusing of energy like this, this is unless your soul wishes to experience more of the same.
Posted by Mathew Naismith at 09:33 No comments: