Moving Away from Our Created Divisions 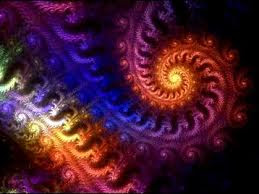 Appreciations of Labels: While I was talking to my wife about this topic this morning, I noticed a women's photo in the paper, I was instantly attracted, "what a dish". I then instantly realised how I was attracted to a labelled opposite to myself, I however didn't label my reaction to being one thing or another, it wasn't a negative or a positive reaction, it was just a reaction to a labelled opposite to myself. I then appreciated the appreciation  my labelling gave me, I actually appreciated being able to express more of consciousness even when it's divided, however, by further labelling our own labelling as being negative or positive in any sense, divides this pie up even more to the extent of becoming opposing opposites instead of just labelled opposites.

Opposites do not instantly mean opposing, it means we have a chance to express consciousness in every sense, of course labelling by opposing opposites also allow us to further more express, therefore experience, consciousness even more, this is when these divisions become noticeably destructive however.

I appreciate my labelling but at the same time try to avoid labels that are opposing.....

Once we label (judge) what is negative, we do this through opposing divisions as opposed to a positive, meaning, once we label, we divide negative and positive as opposing, this is different to labelling a noticeable division between two opposites where there is no judged negative or positive. Opposing divisions will always give us negatives and positives, negatives and positives just don't exist within an undivided consciousness due to the fact that there is no conscious opposition to itself. When positives or negatives have no opposing opposites, what then makes a positive and a negative? However, opposites, without being opposing, exist within an undivided consciousness as there are no labels, it's these labels that give us opposing perceptions and perspectives, divisions.

We have indeed created these divisions that have created a reality divided upon itself. The pie is perceived to be no longer whole, in actuality, the pie just doesn't exist for us any more even when all the content of the pie is still being experienced and expressed by us. It's strange experiencing a consciousness that no longer sees itself as part of the pie, consciousness itself as a whole. Human consciousness has divided itself so much that it can no longer see it's still the pie, consciousness as a whole. We don't have to stop in labelling opposites to realise we are the pie, just stop labelling opposing opposites, within this, labels will no longer play a major part in our existence as they do at present.

We too often think opposites has to be in opposition when the truth is very different, but only in an undivided consciousness is this different. The truth can only be found when consciousness is no longer perceived as being divided, the pie is whole no matter how divided it seems, there are no true opposing opposites, only opposites, the outer and inner layer of the pie but as a whole with no divisions!!
Posted by Mathew Naismith at 10:19 No comments: