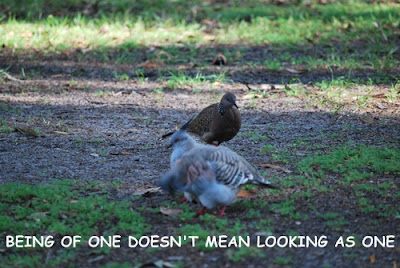 Universal consciousness denotes a collective consciousness being as one which seems to refer to being & acting as one source not individual sources, we refer this oneness as the spiritual side of life however the problem with this is everything is as one because everything is of the universal consciousness, we don’t have to try to act & be oneness we already are but we are still separating one from the other because it’s not in harmony with our own perception of oneness.  We have perceived, to be at one we need to think & act as one but we are already at one just in different perspectives of this oneness that’s all.

We separate oneness from individuality & through this separateness we are actually doing the opposite to what we think we are doing. We don’t have to all act & be as one we already are so separating spirituality from individuality or from anything that gives us discord & bad feelings isn’t really being at one at all because we have just separated the universal consciousness up into parts of discord & harmony, spiritual & non-spiritual. So what I am saying here is no matter what we are experiencing it’s all of the universal consciousness therefore oneness no matter what we are doing & experiencing, it’s all of the spiritual. What we seem to be doing here is separating anything that doesn’t give us hope & good feelings isn’t of the spiritual therefore universal consciousness which of course is impossible, now does this sort of concept/thought sound a little self-serving?

My last post was well received by some & judged by others as being unjustly judgmental obviously on the fact that living a life based on fact is living a life of illusions because facts change as we become more aware. I judged people who can only think by facts therefore think in absolute’s as living an illusion because there are no absolute’s as consciousness is always changing.  Judgment is frowned upon by various spiritually aware people but it’s all a part of the universal consciousness/spiritual, where is the true oneness in separating certain parts of the universal consciousness from other parts of the universal consciousness & calling one part that serves us spiritual & all else something else.  This sounds awfully like if you’re not religious you’re a heathen/infidel; we haven’t come very far especially towards oneness by the sounds of it!!

It’s very hard when we are brought up to serve our own needs to see everything that also doesn’t serve our needs & desires being part of the universal consciousness/spirituality but we can’t really refute the obvious, all is one which of course includes anything of judgment & ego as well.  Seeing faults in ourselves & others is awareness building for without such characteristics attaining awareness would be a long hard road to tread, if it’s not already, so why make it harder!!

One is never in judgement in finding faults in others if we looked at each other as being one entity, what we are doing is finding faults within this one entity which will eventually help us to define ourselves as one. If we keep separating what we perceive as just the spiritual from the rest of the universal consciousness instead of seeing it as one entity we will never become one collectively. Casting judgment onto others of being judgmental & of the ego represents separateness not oneness. Next time you cast judgment onto others think of yourself as one entity, you will then realise all you are doing is casting judgment upon yourself which is the universal consciousness not a separate entity.
Posted by Mathew Naismith at 13:16 No comments: