The Question of Taking Action or Not 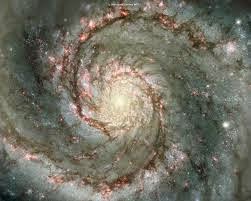 Now before we dropped these pebbles in the water, the surface of the water was still and tranquil, the water was still moving but under it's own force. An unenlightened source of consciousness unaware of such stillness, disrupts this flow by taking action causing an endless stream of reactions as in the pebbles. I see man as these pebbles, instead of gently placing the stones in the water, we basically plunge ourselves into the water time and time again in reaction, this of cause causes the water to become chaotic. To me this reality is very much like the water, it has become chaotic but if we stopped reacting and plunging ourselves into this water, the water would eventually become still again.

It's very hard for an unenlightened consciousness to stop reacting, this is mainly caused by a controlling ego instead of a non-controlling ego. A controlling ego needs to take action but a consciousness that's not controlled by the ego, doesn't see a reason to change the stillness of the water for any purpose for what better purpose is there than to exist in tranquillity!!

By placing the pebbles in the water instead of dropping them, is this not an action or a reaction still?

When you are causing no or little disturbance to the water, can you still call this an action or reaction, what action is there in this?

A lot of spiritual practices teach us to quieten the mind, is this an action and/or a reaction?

It's a reaction if we are reacting for a purpose or an intention, an intention to quieten the mind to rid ourselves of undesirability's of some kind, this is likened to dropping the pebble in the water. It's not an action or a reaction if we are just quietening the mind for no purpose or intention, this is likened to placing the pebble in the water.

So many Western spiritual practice these days are about taking firm action to rid ourselves of some kind of undesirability, this is wholly counteractive to quietening the mind. Quietening the mind means taking no actions.

When we quieten the mind, doesn't this cause a reaction, don't we become more passive and understanding, is this not a reaction?

There is no action or reaction taking place when you are aware of where you are supposed to be, a quiet mind is where we are supposed to be as opposed to a noisy mind. An enlightened mind is not noisy, actually it's quite tranquil and still where's an unenlightened mind is noisy and chaotic. We are not meant to drop the pebble in the water but place the pebble in the water causing very little reaction in the process.

By taking firm action, we are not going with the natural flow of the water, the natural process of the subtle movement by consciousness in it's natural form, every action and reaction changes this natural movement of consciousness and turns it into something chaotic.
Posted by Mathew Naismith at 17:04 No comments: 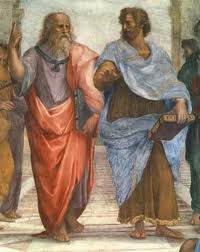 I wrote the following in relation to this topic on a Google community post: Instead of not reacting and going with the flow, we react and cause further reactions which causes the flow to falter, this reality is a good example of this.

The reaction in our case is not wanting to evolve and let go of a proven practice either that be spiritual, material or scientific. The problem with this proven practice is it's based on a reaction which causes the flow to falter. This is basically saying we react too much, a silent mind does not react but let's it be but the ego of the old consciousness says otherwise.

So what is this old consciousness?

To me it's a state of consciousness that is unenlightened and any unenlightened state will use the push and pull effect to become more enlightened (aware), to pull something judged as better in to push something judged as bad out. This sounds like a reaction from an overly controlling ego to me, we still haven't woken up that the ego doesn't have to be in control thus we continue the old school consciousness that isn't evolving, it's stagnating. You can easily observe today how this stagnation is rotting away this reality.

How do we stop using these practices in an old school conscious way?

For starters we don't pull new consciousness in to push old consciousness out, what we do is just become aware without a pushing and pulling effect, just by becoming aware or less unenlightened, allows consciousness to evolve without this pushing and pulling effect which only causes further reactions. Believe it or not, we don't want to cause a reaction, the controlling ego does but we shouldn't if we want a lasting change that will continually evolve instead of stagnating.

To use mediation for example to pull something better in to push something bad out, is of old school consciousness so how do we better ourselves?  Actually you don't see it as bettering ourselves for starters, only the controlling ego judges what is wrong and right, good or bad, better and worse, and the controlling ego is certainly of old school consciousness. We see it as evolving instead, that is all and yes it is that simple. With this kind of mentality, you have taken control away from the ego, you have allowed consciousness to freely evolve.

It's this simple, stop reacting and allow consciousness to evolve without falter.
Posted by Mathew Naismith at 09:20 No comments: 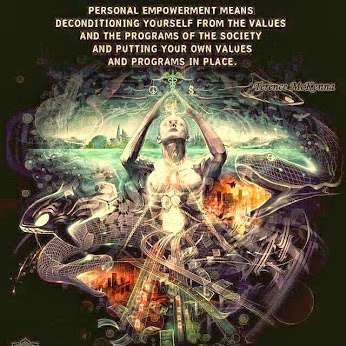 I received the above after I posted my last post titled Recreating a Sterile Environment, the following is my reaction to this.

The problem I see with individualising our own programs is an even more fragmented consciousness than what we have now. Each culture now runs on their own program, splitting this up into smaller more individualised portions is only going to cause more problems.

Personal empowerment is of the controlling factors of the ego however collective empowerment is another matter. One is of desire the other of a need.

This brings us to action reaction, we have created an unsterile environment which is action but the reaction will be quite astounding to most people if we are aware enough to reprogram ourselves for living for a need of the collective again I believe.  This doesn’t mean we have to live in shanties which of course wouldn’t worry me because my ego doesn’t control me entirely.  This means when we sterilise our mess we will in turn create an amazing existence for all, action reaction.

In all, we really do need to be aware in how destructive desire can be!!
Posted by Mathew Naismith at 16:27 No comments: