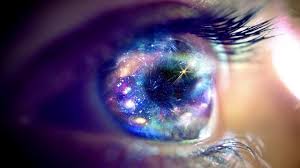 The universe and our present reality is naturally hostile, this is its natural state. We might think a pristine environment like a rain forest isn't hostile, try existing in this kind of environment without some kind of protection. The stars are beautiful, try existing outside the Earths atmosphere without some kind of protection, in saying this; nothing is hostile to the spirit, the non-physical self.

Why do a lot of us only shine now an again and not all the time, considering that the shining is different to feeling simply euphoric? The answer is crutches and fixations which are created through fear, a state of insecurity, however, there is nothing wrong or negative to feeling fear or insecure, in turn, attaching ourselves and creating crutches and fixation within an environment that is naturally hostile. Try going into a forest full of snakes and panthers and not being respectively fearful. In this case fear becomes awareness of a danger. Yes, fear is also another kind of awareness but an awareness void of the spirit.

Now try going into the same forest shining, of pure spirit, there is simply no fear for there is no crutch or fixation to physicality, the spirit becomes one with all. However, this state does not mean that a fearful state is negative or wrong, it just simply means existing and experiencing a state void of the spirit. A state of fear is but a different state of awareness but its still awareness. This is very much like having a crutch and fixation to new age spirituality or materialism, there is nothing wrong or negative within this kind of awareness, it's just simply not of the pure spirit.

I thought I would insert a couple of replies of mine to a good internet friend of mine.

My Reply
Many blessings to you and yours as well Mike.

I am thinking of writing further on this, it's just got to come to me though.

I think what has occurred is that we have turned everything spiritual into everything physical. Religion, new age spirituality and materialism, for example, are all based on the physical. God becomes a physical figure of man. Light and love is the opposite of chaos, hostility, negativity. Materialism speaks for itself. It's all to do with euphoric pleasures, if it feels good it must be good. Giving birth doesn't feel good physically but emotionally or even spiritually it feels good!!

We exist in a hostile environment that is naturally hostile, all we need to do is balance out this hostility with the spiritual, or, a balanced psyche.  The psyche is non-physical therefore spiritual in my mind.

My Reply
Do you mean people like you and I or humans as a whole Mike?

Human consciousness on it's own is always going to be in the dark however in conjunction with the spirit, it's infallible to one extent or another.

The funny thing about light, the truth, is it's blinding to all else conditioned to the dark, untruths, therefore a negative!!

An important point to remember and to specifically accept, we exist in an environment that is naturally hostile, violent and destructive at times, the spirit accepts this and has no desire to change this very natural state. However, the non-spirit trying to become the spirit always desires to change this state, it's simply apart of the process to become the spirit. It's an awareness of what is hindering the process of becoming the spirit within a hostile environment, the trick is, don't become too fixated to one part of the process, all this does is continue the cycle of hostility thus creating more negativity, not less negativity. Simply accept it as a hostile environment, and move on, evolve, it's this simple.
Posted by Mathew Naismith at 09:36 No comments: 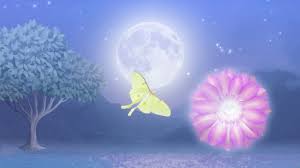 The magnificence of the world can only be experienced if properly witnessed, all else is but an abstract interpretation of the world........Mathew G

Abstractive: Being abstractive simply means a representation of part of, not a true interpretation or expression of what is as a whole. How can the magnificence of the world be truly experienced if not properly witnessed/observed? An abstractive representation refers to participation rather than observation; this is very much in line with how an abstract artist works. They don't observe in what they paint; they participate in what they paint, in turn, what is represented or expressed is participation rather than observation.

So what has abstractive participation got to do with shining spiritually?

Shining; simply refers to being aware to the point of physically expressing awareness void of bias and desire. This means within this state we don't pursue euphoric feelings of love and compassion, we simply allow these feelings to come and go void of trying to hold onto them. If I was to always try to hold and express these feelings, all I would be doing is expressing bias and desire. This is not shining but simply expressing an abstract expression of what is being observed or felt.

To be in quietness is the observer. To be in unquietness is the participator. A true form of abstract art is never quiet, however, art that is of the observer and the participator are of, not quietness and unquietness but neutrality, a state that represents observation and participation void of extremes or bias expressions. Bias imbalanced expressions simply create distorted realities, very simular to abstract art. Bias imbalanced expressions are not illusions but distortions; this is why I don't consort to the idea that realities like this one being simply and wholly an illusion.

Insecurities: Psychologically, a consciousness that feels entrapped or not of a particular chaotic reality will quite naturally separate itself from the sacred or holy, inturn, creating a distorted view/reality of sacredness and/or holiness. This distortion allows a consciousness in trauma to feel better or even euphoric. It's an in-built defence system within the psyche that automatically activates when a consciousness is in deep trauma or peril. Our own insecurities create numerous distortions within a consciousness, collectively and personally.

Once a consciousness is conditioned to insecurities, the psyche automatically activates a defence mechanism to lesson traumas associated with insecurities. How many new age spiritual people feel insecure/uncomfortable with the present reality? This will of course quite naturally distort consciousness even more, not less. Materialism is the same, it makes us feel happier and /or secure in a world conditioned fear. The trick is to not feel insecure void of separating ourselves from the sacred and /or holy. In my mind, the deemed sacred or holy or materialism should never make us feel more secure, we should already feel secure no matter how distorted the reality we are experiencing is.

Yes, become familiar and aware of the sacred and holy, but not in separation to yourself. All that separation will create is distorted realities based on insecurities. The shining is simply being void of separation and feelings of insecurities.
Posted by Mathew Naismith at 10:38 No comments: