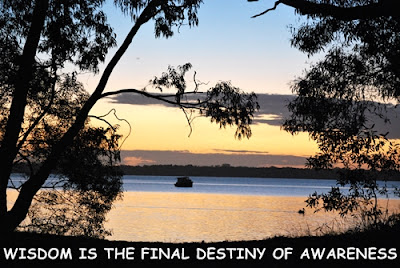 This post has come about through my involvement in a discussion about atheism & spiritualism & seeing how different we are in our perception to each other because of our beliefs & concepts.

Different Perceptions: It is amazing while in conversation with spiritually aware people, agnostics, religious people & atheist of course at the same time how different we perceive the world & ourselves. This discussion that I’m still involved in has over 556 comments with an amazing number of different perceptions being portrayed & we express ourselves so differently & to a spiritually aware person all these different perception are neither right nor wrong but just different & accepted because spirituality is all about acceptance. This of course should also include accepting those who display animosity or anything else that is ego driven but of course being human that isn’t always the case. As for myself displaying animosity & many others traits conductive to the ego all I can say is I’m accepting & content with my human self , my soul self is a magnificently beautiful entity which I also accept but my human self has precedence.

If you can’t be accepting & content with your human self you can’t be accepting & content of others, yes spiritually aware people can display love & understanding of other people’s perceptions & personalities but we usually can’t accept them for who they are & usually we try to change them which can be against their will. What we are usually trying to change is their use of the ego or of using the ego period & when we can’t change that we ignore them which of course isn’t very accepting.

There is obviously a significant difference in our perception to each other which can at times lead to us showing some sort of animosity of some kind or ostracizing or ignoring others which of course isn’t a very good display of spiritual acceptance however if we are aware enough we can learn from other people’s & our own animosity but we learn very little from ostracizing or ignoring which a lot of spiritually aware people display at times. It is fear in being fearful of displaying fear or anything else of the ego & most human beings display these tendencies a lot.

Acceptance Breeds Awareness: It is obvious that a spiritually aware person is going to perceive themselves & the rest of the world quite differently to atheists for instance just like what has been presented in this discussion about atheism & spiritualism.  There are spiritually aware people, religious people, agnostics & atheists still discussing their own perceptions even after certain displays of animosity like rudeness, name calling, personal inflammatory remarks & so forth, in all a total disagreement of each other’s perception but the amazing thing is we are still discussing them in relevant peace which is a great display of spiritual acceptance.  You could say by not agreeing to each other’s perception were not being accepting but we are for the most, we might not be totally accepting which is nearly impossible for humans to do but we are accepting of each other’s display of rejection otherwise we wouldn’t still be discussing our differences in our perception to each other.

For a spiritually aware person becoming aware, accepting our human self becomes a nightmare & in fact a lot of us clash with our human ego selves denouncing it in any way we can which of course denotes conflict. Gee we do it the hard way sometimes!! By doing this we can’t accept this in others either so what we do then is hide within likeminded people, in others words we surround ourselves with likeminded people but by doing so have become quite unaccepting of others unlike us which again denotes conflict. Is this any better than what is in main stream society today? No because it still denotes conflict. What we need to do is stop being fearful of our human ego self & accept it for what it is & have the awareness of our soul selves. In some cases becoming aware of the soul self isn’t going to help because as I have discussed in previous posts we can, at the soul level, take human fixated attachments with us from life to life & the more fixated the attachment a souls has the harder it is going to be for the said person with such a soul.

No matter what we become aware of awareness helps us understand ourselves & each other better either it be in science or spirituality it’s all about awareness & in trying to understand each other’s perception just like we are doing in this discussion on atheism & spiritualism, we become wiser for it because “wisdom is the final destiny of awareness”.