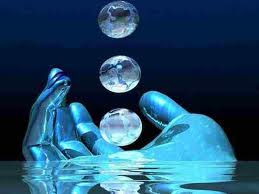 What is called a 3rd dimension is in actuality a reality based on fear, human history alone shows us this as does natural history as such. We might think, in deemed higher dimensions, that dimensions are also measured in this way but there not, only in a fear based reality, or a reality of some kind of fear, will measure existences like this.

I should point out, a higher vibration just means that a consciousness is more aware and wiser than consciousness's that aren't as aware and wise. This isn't a level, it's an observation and the reason for this is simple, there are no labelling from one to ten for example of awareness and wisdom. This kind of consciousness isn't based on fear of being of a lowly level of a kind, it's based on the obvious void of labelling.

I am now going to share a piece of a conversation I had with another person in relation to this topic.

I lean towards ....what does there have to be a scale to begin with? If there is a scale, people will judge.

People have done enough damage with their constant judging.

Is now the wiser and aware of a higher level or more worthy than the less wise and aware? No, only in a reality based on fear will a consciousness judge in these terms. We are still judging in levels, scales and labels at the same time we have presumed we are not of this dimension but are unconditionally loving and of the light. Any consciousness that is downing this reality, isn't truly unconditionally loving as they obviously have conditions to their love.

I'm not trying to run away from anything, even though at times a feel like doing so, this is why I don't judge this reality too harshly for it is what it is, predominantly fear based as it's meant to be.

Observe the people who are attracted to what I write, these people are often not expressional of fear because they are not predominantly influenced by a reality of fear. Basically, these people have become unconditioned, to one degree or another, to a reality of fear. However, observe the people who don't like what I write, the reactions are quite different because they are still conditioned in accordance to a reality of fear. I'm often measured (judged) and then slammed or ostracised, this once again occurred just recently, this reaction however is understandable. How would anyone conditioned to a fear based reality comprehend what I write, at times I don't, most likely because I am also predominantly influenced by this fear based reality at times myself.

It was said to me that labelling yourself as a higher vibration is not based on fear, then why label yourself in the first place as being of a higher vibration if you don't fear being of  lowly vibration? Also, levels, scales and labels are all based on a fear based reality, they were created from a fear base perspective, this is obvious, one has to be higher or lower than another. A lot of us are unable to perceive void of these levels, scales and labels, this is because we have all been conditioned, to one degree or another, to perceive in this limited way and it is limiting. Imagine a reality void of labels, now imagine how you would perceive without these labels to perceive by. The more you imagine this, the more of a reality it becomes, this is due to the more you comprehend and existence void of labels, the more you comprehend the perceptions that come from fearless realities.

Human consciousness is obvious within it's conditioning, it's primarily built upon fear so any perception that is predominately of this fear, will be based on fear. Levels, scales and labels are a creation of this fear, it's wise to be aware of this if we want to evolve from limiting human conscious perceptions and perspectives.

Note: I do apologise for lacking penmanship, an ability to write more subtly, my writings style is more clinical and isn't for everyone.
Posted by Mathew Naismith at 10:40 No comments: