Vibrational effects on Our Well Being 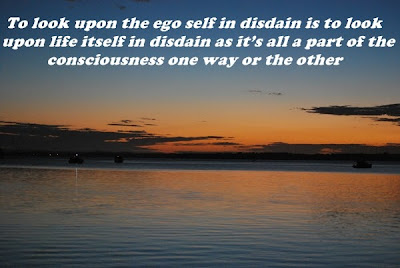 If you feel up to it the following blog is worth a read on how vibrations affect our well-being. The following link will take you to part two of a two part article on vibrational effects on our well-being.
http://www.practicalspirituality.info/sound-words-and-your-health.html

I had an interruption to my writing here & the following revealed itself which has a lot to do with true positive vibrations. The following discussion is from the thinkers Google community between myself & a bloke named Roth on a statement I made which is as follow. “What is ego? Something to have to be fearful of expressing.” https://plus.google.com/u/0/communities/116749750858483333099.

Mathew NaismithYesterday 6:01 PM1
Reply
+Roth Belle Yes it is a funny creature because we still don't know or have the wisdom to know how to use it constructively so we demonise it unjustly so in my mind. It can be very constructive.﻿

"Ego" is a Latin and Greek (ἑγώ) word meaning "I", often used in English to mean the "self", "identity" or other related concepts. - Wikipedia.
If we can't get past ourselves, we will live unfruitful lives. It's not about us, its about them. When we are doing things with others in our minds then we are on a successful path. Especially, when those individuals can not return the favor. So your example +Mathew Naismith would be, I love myself because I love others? That is a constructive ego in my humble opinion. ﻿

+Roth Belle That was well conversed Roth, quite impressed, a free thinker WOW!!

Yes it is a constructive but a lot of spiritually aware people look at it destructively which says something in the way they think & feel.

Most of us only know how to use the ego destructively but it also has it's constrictive side as well which as a whole we haven't learnt to use yet without destroying something & we won't either if we keep demonizing the ego thus other people of the ego.  Acceptance is the key. ﻿

Roth Belle10:57 AM1
Reply
Thanks for the compliment +Mathew Naismith.

Whatever method we use we need to not fear and love our neighbor. ﻿

It’s good to change what gives us bad vibrations because everybody’s acoustics are different & if we are receiving vibrations that aren’t in tune with our own vibrations our bodies react in one way or another, disease is a good example of this however becoming non-accepting or denouncing what isn’t in tune with us isn’t the answer for in this underlies a negative response to something else that is also of the universal consciousness. Again acceptance is the key however this doesn’t mean you have to be a part of something that you’re not in tune with but what it does mean is don’t be conflictive, ego bashing is conflictive & gives off bad vibrations & in fact enhances the negative instead of the positive effects of the ego!!!
Posted by Mathew Naismith at 11:45 No comments: