Belonging – Do We Belong 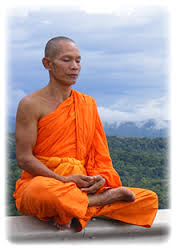 When waking up to the radio to a future world leader shouting, “Take Take Take”, sent shivers up my spine, all I could vision was outright war, a war void of moral or ethical scruples. This is in a country that has wasted huge amounts of world energy for many years now to feed it’s lust. Imagine for one moment this county taking even more from the rest of the world to feed it’s lustful wasteful desires!! This isn’t going to go down too well at all with the rest of the world. Yes, as usual, it’s the people in power who the rest of the world is supplying to keep on being so abusively wasteful in feeding their desires, this by the way is occurring throughout the world.

I actually see these people as spoilt children, how wasteful and uncaring of others is a spoilt child?  Even when the child is being seemingly caring, you have to wonder what is behind such actions. Yes, children can become spoilt and act according to the degree they are doted on as the young are receptive to such influences.

I Look at young cultures, like America and Australia for example, as being the child in the collective world, they are receptive to being spoilt while growing up and becoming mature. Of course when such a collective consciousness just expects to take off of the rest of the world as a child, they are going to want even more when mature to feed their ever growing wasteful desires, and yes, anything that has been spoilt, will be wasteful.

Perceiving the young as children on a world scale is only part of it, how young is this solar system, galaxy and universe to other forms of existences?  In my mind the universe is very young and has created it’s very own set of consciousness’s, for example, every living thing that has not consciously come from beyond the universe and therefore is more mature, is child like in nature.

As I have always stated, the very environment we live in tell us all about ourselves, the more we destroy this environment, the less we have to learn from on a physical level. This is turn will keep such young consciousness’s ignorant of who they truly are. Let’s take a look at one of these environments that tell us who we are.

Spoilt children are bossy, uncaring of others, self-centred, destructive, controlling and so forth, now look around the world to what is going on, how many of these attributes are being expressed today in the world?

We could say that we have older cultures expressing the same attributes that weren’t spoilt!!

Any ancient culture that has lost it’s ancient wisdom, will of course react in response to other cultures hell bent on take, take, take, especially in reaction to cultures that are only feeding their own lustful wasteful desires. Such counter-reactions of course only shows that older cultures are also still maturing as no real consciousness that is mature and unspoilt would lose such wisdom in the first place. This of course brings us to the people in this world who are not comfortable with this kind of reality. 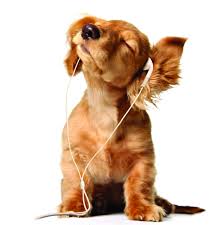 I know of many many people who are not comfortable with what is going on in the world today, however,  I know of many more who are happy to just go a long with this take, take, take. The difference in consciousness is huge, the main reason for this has a lot  to do the conscious existing on  Earth at present, some conscious has evolved from the universe, other consciousness has evolved from beyond the universe.

The answer of course is no, the reason for this again is shown to us in our physical environment, are children of any less value to a parent? In some cases yes, some cultures, for example, perceive that women and children are of a lesser value than men. All this kind of mentality shows  me is the lack of maturity and wisdom within such a consciousness.  Just because a consciousness is immature, unaware or is born in some way of a lesser value, other than consciousness’s like males, doesn’t mean such consciousness is unworthy in anyway.

Now look at the consciousness’s behaving like spoilt brats in the world today, they are unwise children who are highly destructive through their take, take, take……..

To any consciousness that has evolved beyond this universe, just look at these spoilt brats as being children, they are no less worthy than ourselves just because they are being so destructive and disruptive to the rest of consciousness.  We in all must remember, everything has evolved from the same consciousness, it’s just that some consciousness’s haven’t matured as yet for they are children at play.
Posted by Mathew Naismith at 08:52 No comments: