The Space Between the Matter 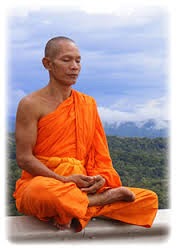 I got some interesting responses from the following citation I wrote recently, "That space between all matter is what really matters the most, not the matter itself. Should we be concentrating more on this space rather than the matter? I think so my self"....Mathew

The question is now, how do you get a logical mind to  concentrate on this space without a preconceived notion of what this space actually represents?  The following responses and my replies to these responses might answer this to a certain extent.

There is no need effort to look for anything but when anything comes, just be with it as ourselves. Just be with whatever thing that we sense right now as one. They are not ours but we already are all. ﻿

Indeed Eddie, the act of searching itself just leads to more searching until days end, it's endless.

When we stop our concentrative investigation of matter. the space between becomes more noticeable without effort.

What happens when we concentrate on space? Nothing, because all we are doing is concentrating on space, nothingness, this is due to having no preconceptions. To me it certainly looks like it's these preconceptions that create realities and even matter.

Now what would happen to this reality if we concentrated on this space rather than the matter within this space? It's certainly an interesting perspective, I feel that we would just let things be without interference within any reality.

Mathew, I really feel that we should. The space between holds a kind of secret magic I'm sure.﻿

Carolyn: To me it's neutral state of affairs, it's a consciousness that has no influencing effects on realities until this consciousness decides to become apart of a reality.

The funny thing is, once we become a part of a reality, concentrating on this space will, I feel, affect these realities, this is only due to us being a part of these realities in the first place. You take out any preconception in any reality, it will change it.

To answer the question, how do you get a logical mind to  concentrate on this space without a preconceived notion of what this space actually represents in anyway?  It is obvious  you don't, such logical minds needs to become aware, logically, that there is more than one way to be expressive of such seemingly non-consciousness. This space doesn't seem to be of a conscious state of any kind but we must remember, all of what is, is within this space, this timelessness, therefore this space, this seemingly non-consciousness, does indeed have a consciousness through time and matter itself.

Does this make science investigations irrelevant?

When we meditate without any preconceived ideas, this to me is the space between the matter, any form of thinking that excludes all matter and thinking pertaining and influenced by matter, pertains to this space between the matter which is of course reality changing. To me it makes logical sense to change this reality through such concentrations of this space before we completely destroy everything, in time, I feel all logical minds will become aware of this in time, it's the only thing that makes logical sense.
Posted by Mathew Naismith at 09:59 No comments: