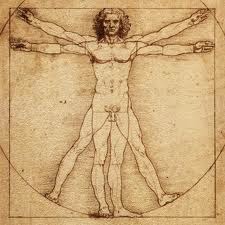 Strangely enough, the following came about through a heated discussion I had with two people in regards to my last post, the more I proved my points, with their assistance, the more aggressive they became. They started off with name calling, then blatant abuse, deception and manipulation of facts and evidence an finally continuous trolling of my post. The following post was worth all this, they say no pain, no gain, pretty much right.

Before I go on with the main topic of the post of ancient technological advanced man, I need to firstly touch on the discussion that incited me to write this post.

I had my beliefs/views questioned on the topic of Atlantis and Lemurian consciousness, in response, I supplied relevant material to support these views. Every time I produced such material, these two people become more and more hostile towards me. The point is, once a person in a discussion calls you names, you know you have them on the back foot in regards to the discussion. Once they stoop to outright abuse, deception and trickery/manipulation, you have won the discussion/debate. Once they then turn to internet trolling, especially on a regular basis, it's time to end the discussion with them.

A lot of people would have ended the discussion when it came to name calling, I certainly understand this from a spiritual perspective, especially if all you want is peace, however, people like myself obviously still have something to learn from these people.

The following is in reaction to these people I had a discussion with, as soon as your emotions influence your intuition and logics, what you often produce from this is rhetoric, half truths mixed with bias opinionating views and gestures. It would have been nice if these people got their facts correct before continually abusing other people of being delusional and liars, amongst other things.

Professor Rebecca L. Cann, together with her colleague Alan C. Wilson, previously claimed that humanity can be traced to people living “about 200,000 years ago, probably in Africa”. But she later revoked that claim, declaring that “Mitochondrial DNA puts the origin of Homo Sapiens much further back and indicates that the Australian Aborigines arose 400,000 years ago from two distinct lineages, far earlier than any other racial group.” [2]
_______________________

The following is interesting, there seems to have lived a modern man in before and during the migration of aboriginals to the Australian continent.

Extract: One of these spanners is Mungo Man, who was discovered in 1974 in the dry lake bed of in west NSW. Mungo Man was a hominin who was estimated to have died 62,000 years ago and was ritually buried with his hands covering his penis. Anatomically, Mungo Man's bones were distinct from other human skeletons being unearthed in . Unlike the younger skeletons that had big-brows and thick-skulls, Mungo Man's skeleton was finer, and more like modern humans.

Extract: While the West was still thinking, perhaps, of 6,000 years old universe – was already envisioning ages and eons and galaxies as numerous as the sands of the . The Universe so vast that modern astronomy slips into its folds without a ripple.

The movement of stars which was calculated by Hindus 4,500 years ago, does not differ even by a minute from the tables which we are using today. The Hindu systems of astronomy are much more ancient than those of the Egyptians - even the Jews derived from the Hindus their knowledge. 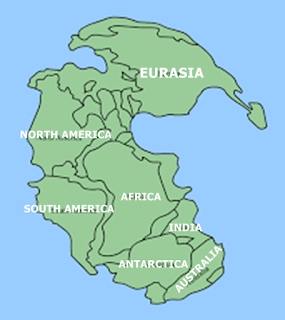 Now let's consider what is called a super-continent.

Extract:  Pangea was surrounded by a global ocean called Panthalassa, and it was fully assembled by the Early Permian Period (some 299 million to 272 million years ago). The supercontinent began to break apart about 200 million years ago, during the Early Jurassic Period (201 million to 174 million years ago), eventually forming the modern continents and the Atlantic and Indian oceans. Pangea’s existence was first proposed in 1912 by German meteorologist Alfred Wegener as a part of his theory of continental drift. Its name is derived from the Greek pangaia, meaning “all the Earth.”

Considering that Hindu science (physics) was thousands of years old before modern day science, and that modern day human remains where discovered in Australia, it would seem a modern day man could have existed on this super continent, or, on contents of a larger size than today. Now consider that time can indeed erase all traces of man, especially considering the movement of these plates, it's a  wonder we have any evidence left to put these pieces back together. Texts, like Hindu texts, give us a glimpse of ancient man who was more civilized and technologically advanced than what we could have imagined.

I asked a friend of mine from the following:

My friend, can you supply me links showing how advanced your culture was in the antediluvian period, a period before the great flood.
I know that Hinduism is the oldest surviving religion in the world, is the Vedas even older, by memory, I think they are which I believe Hinduism is based on.
I'm presently in conversation with a Zionist and an extremist atheist about ancient technology and awareness. Going by memory, the Vedas make reference to physics principles, I need confirmation on this.
Thank You

Sreeram Manoj Kumar True Mathew Naismith you are absolutely right.....we all belong to the same source....by saying so our culture was so the same.....what is now the diversification of many religion was once SANATANA DHARMA. This was not a religion it was a way of life. One who is living a life considering the well-being of all automatically belongs to the SANATANA DHARMA.

Vedas are not only of e particular sect. It is for the whole mankind. I is amazing to read about the thoughts of Aristotle, Pluto, Socrates which resembles the Vedic thought. In recent times to I came to know about Dr. Cherie Carter Scott and her thoughts which were reflecting what my ancestors told.

If one tries to find their roots then the thought which surface are those which were prevailing thousands of years back.

We all have them in our subconscious mind we just need to tap them. The only way is to fan the fire of Abhipsa. This word "Abhipsa" my friend, cannot be explained in English. Some may say "interest" but that is too meek meaning. It is more than that like one of my scriptures says that the strong desire, same as what grasp for air is to a drowning person.

Nice to know you are seeking that along with many of us.

I will keep posting what I have understood my dear Mathew Naismith. Meanwhile if I come across any link which can polish your memory I will pin you