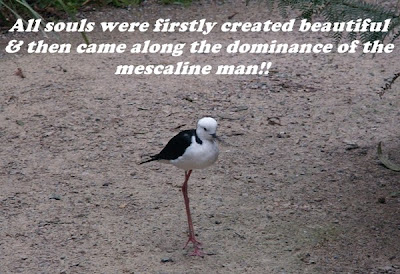 I recently attended one of my nieces weddings & directly seated opposite of me at the reception was a lesbian couple, one of the women was a teacher & the other a psychologist & of course we hit it off quite well because I once had a job tutoring people with all sorts of disabilities from anxiety/depression to total physical inabilities & I love psychiatry so we had a fair bit to talk about. Later on in the night their child awoke & they brought him over to meet me, well he flawed me, you could literally see the inner beauty immediately. This wasn’t a normal child because I’ve experienced this once before in my life with another person. So the question is, was he expressing this inner beauty because he was with a lesbian couple or was it because he could express he’s own feminine self? You would have to in this case answer yes to both these question however!!

Some years ago I was living in a caravan park & a straight couple arrived at the park, being a small park I met up with them quite quickly. I got 10ft of the bloke & immediately had to take a couple of steps back, he blew me away. I immediately recognised he’s soul as being very beautiful just like the child of the lesbian couple. Latter on I found out he was a male nurse. Don’t get me wrong these people aren’t particularly drop dead gorgeous but they had that feeling about them plus there expression oozed feminine, they were allowed to be expressive of their feminine self which a lot of males aren’t allowed to do.  The problem, which I also had to contend with at times, is if you expressed any form of femininity especially at a certain age you were accused of being gay in some way. The other problem is for the bloke expressing such feminine tendencies, they usually query themselves of being gay or not because they are so expressive of such feminine tendencies. The answer of course is not necessarily so & believe me this is a very hard time for blokes who want to be more expressive of their feminine selves in such a mescaline run world. We live in a society, especially when I was growing up, that blokes are blokes & should act accordingly & of course this stifles one’s own expressive will to express the feminine self by other who are more expressive of their mescaline selves. I should mention here that mescaline denotes dominance & aggression, feminine denotes love & nurturing.

According to the Mayans & a few other cultures & belief systems we are now entering into the feminine cycle of mankind & leaving the more dominant aggressive masculine cycle behind us, could you imagine being brought up in a loving nurturing society like this? That I believe is what is happening. We have more gay men being more expressive of their femininity because of this shift & eventually I predict we will actually see less gay men about in years to come because women won’t expect their men to be like macho mescaline men but expressive of their own free will.  We are conditioned from birth to be & act in a certain ways & anything that expresses anything away from this is labelled as something untoward or unsavoury in some way, that I believe is changing. Men will be able to freely express themselves without being labelled as a gay & inturn these men won’t label themselves as being gay either but just a feminine male person being expressive of their feminine self which we all have in us, what a world that will build.

As the dominant mescaline self of man becomes less & less dominant the famine self of mankind will………No not become dominant but loving & nurturing!! This might sound like it’ a play on wards, anything that dominates another thing has to be dominant but only because we are brought up to believe this to be so.  Mescaline is the opposite of feminine so the outcome of such influences would also have to be of the opposite; mescaline denotes dominance so therefore the opposite meaning of dominance is weakness & weakness means being meek, the meek shall inherit the Earth.

What seems like weakness in some isn’t in others like to be other than a mucho man is seen to some as a weakness but once you take or lesson these mucho mescaline aggressive human dominating tendencies what does meek then pertain to? Meek becomes but another human tendency that’s all, it’s neither no longer pertains to weakness. There is another way of looking at this, is it weak for a male person in particular to express their gay &/or feminine tendencies in an aggressive intolerant macho world? To express any part of oneself that is not tolerated in such an aggressive world isn’t weak to me but courageous not weak or meek at all  so when the bible says the meek shall inherit the world it didn’t mean it literally. We must remember here that the bible was written in the masculine human cycle of man so meekness is going to pertain to weakness however now we are entering into the feminine cycle of mankind weakness or meekness won’t have the same meanings because of the conscious change within this feminine cycle so this mean this little boy I first mentioned in this post will be able to express his feminine self how he freely wills. I wouldn’t doubt it one bit if the soul of this little boy didn’t purposely choose a lesbian couple so he can be as expressive of himself as he wants not what someone else wants unlike we have had in the last mescaline dominated cycle of mankind.
Posted by Mathew Naismith at 10:41 No comments: