Frustrations- Letting Go of the Old 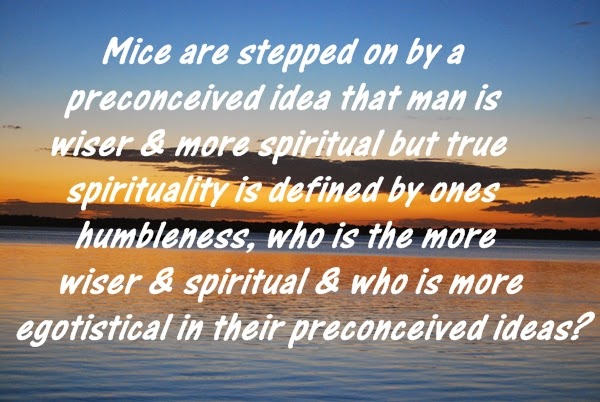 Where we were visiting and where we parked the car was in an old area of the town, night was also befalling. The further I looked the newer the town looked and the brighter the day became. I was totally lost in an area of the town I was not familiar with, every time I tried to return back to my wife, to the old side of town, the less I was able too. Every turn I took, took me away from the old side of town, this was very frustrating to me.

This newer part of town was in bright daylight but I still wanted to be back from where my wife and our car was parked, my attachments to the old were stopping me from becoming familiar with my new surroundings which were noticeably cleaner, newer and brighter.

Dimensions: The thing with me is I accept this reality, this dimension for what it is, a 3rd dimensional reality that influences our mentally to react in a certain way, in this case destructively. This destruction is caused through ignorance for only through ignorance are we able to destroy.  There are reasons why I have attachments to this reality which I won’t go into; actually a lot of us have attachments to this reality in one sense or another.

Going by the dream, it’s this 3rd dimensional mentality that is of the old side of town and is what I have obviously got to let go of as a lot of us do I could imagine. How could people like me be so attached to such a destructive reality?  If I was destructive within my own mentality all I would see of this reality is destructiveness but that is not all I see for various reasons. The destructiveness of others can also bring out the best in others and it most often does.  A destructive reality also allows one to appreciate the smaller things in life if we are aware enough to do so. It is not easy being aware in such a destructive reality, this kind of destructive mentality that this reality/dimension produces is meant to obstruct our awareness from seeing any more than destructiveness.  This I feel allows our soul to become more aware.  You could say when being in a timeless state of consciousness we become awareness itself, does this not instantaneously teach the soul awareness without going through such trauma, such dimensions and realities?

Timelessness: Let’s look at this timeless conscious state that allows us to feel that we become awareness itself.  It is certainly something new to our usual state of awareness otherwise we wouldn’t acknowledge it as much as we do and speak about it as much as we do. The point is it’s new to us, it’s not of our usual awareness state which is influenced by time and this is the point.  Because our usual state of consciousness is of time, when we go into a newer state of consciousness it’s going to feel quite awesome and rather spectacularly huge especially in relation to our usual awareness state. I have made the same mistake for some time now, I thought this was it, the be and end all, the sources (God’s) consciousness because it was so powerfully different to our ignorant state of consciousness in time. Most of us are only aware of a destructive dimension; anything slightly constructive to this is going to feel quite awesome.  This is exactly like calling a much aware and wiser being a God which we have done in the past.

I was duped into thinking this timeless consciousness was all about awareness itself as well until I became aware of time while in a timeless state of consciousness. I then realised this timeless state of consciousness was unaware of time, it isn’t as aware as I thought. This dimension of time tricks us to believe things that aren’t true because it’s so ignorant and destructive, anything more constructive and aware is going to feel quite awesome and quite understandably.

Mentality: We can’t change this dimension, all dimensions are of a particular consciousness which produce a particular mentality but you can however change this mentality.  When we change this mentality, what we are doing is changing what dimension we are in; we are not actually changing the dimension even though this is going to feel that is what we are doing.  Everything will seem the same to our five senses but we will feel different, eventually our five senses will become in tune with this new dimension giving our senses a different perspective. We will see things differently and smell things differently and so forth, we will in turn act quite differently.

What has time and timelessness got to do with my dream and letting go of the old? Everything, because I have been writing about time and timelessness more and more recently, this is the new part of town where the old part of town is believing this timelessness is the be and end all no matter what.  To me this is like thinking a more aware being than I is a God no matter what. The frustration is, once you become aware there is no going back even if you want too.

Aren’t such attachments to a dimension or anything else of the ego, destructive and not of the inner self?  A true spiritual person will be accepting of whatever situation they find themselves in, this includes being expressive of the ego and even destructive.  I should point out, just because one is expressive of the ego doesn’t make them automatically destructive,  the ego only becomes destructive when it take control and the more control it has the more destructive it becomes.   The reason a controlling ego can be destructive is it’s living in ignorance; it’s ignorant to everything not of the ego.  This is true because only through ignorance can we destroy. It is however quite impossible for a true spiritual aware person to be destructive, they are usually too aware however an aware soul can choose a life of destruction. This usually happens when the soul needs to become aware of such mentalities through actual experiences, not one of us in this dimension hasn’t chosen, at the soul level, to do just this, we wouldn’t be here otherwise!!

In all you cannot become aware or experience anything unless it’s of consciousness either it be of time or timelessness, this doesn’t make it real as such but it doesn’t make it unreal either, it’s really a balance between the two.  Why does anything have to be truly of one or the other? The answer of course is it doesn’t!!