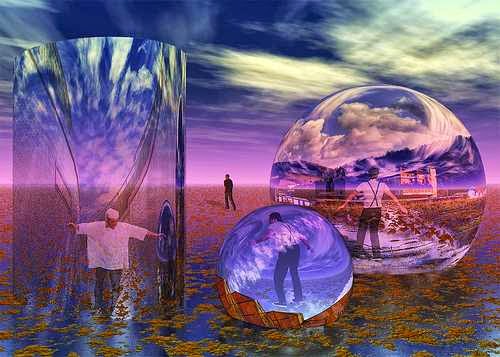 I should point out, this post has nothing to do with Eternal Energy shots and it’s not necessarily about inner energy either, it’s to do with eternal energy as a whole. Yes all energy is eternal, this is because you cannot destroy energy but you can change it’s structure, it’s vibrations, which allow this energy to be used to enhance one’s own energy without actually destroying another energy form and this is the trick.

Humans destroy (transforms) other transient energy forms to gain and/or sustain energy themselves, this is typical of all biological creatures; within this all we are doing is changing what an eternal energy has created, we are not destroying an actual energy source just it’s form.

Take a look at everyone who uses the brain rather than the mind like scientist and multinationals, they use and abuse energy without thought, this is because the mind is kept ignorant to its truer nature; it’s truer self which is pure consciousness.

Now take a look at people who use the mind, as opposed to the brain, like spiritually aware people and naturalists, they try to use this eternal energy quite differently avoiding destroying anything created from consciousness. This I feel is brought about by becoming more aware of who we truly are for only in ignorance can we destroy.

When we are born, the brain is ignorant until it is taught by other brains (people) to think in certain ways, it’s a continuation of the brain teaching the mind from generation to generation instead of the mind teaching the brain, within this teaching the mind is obviously going to stay ignorant to its truer nature, it’s truer self. Naturalists and spiritually aware people are changing this flow of teaching from generation to generation; we are breaking the chains that the brain has chained us too for so long especially in the west.  This is automatically going to change the way we use eternal energy which is quite different to what the brain has been teaching us for so long, this will of course eventually lead to a much better existence and quite automatically without intentions.

The brain is again created from consciousness giving the brain its form. The mind, which is pure consciousness, should be the one teaching the brain how to use this eternal energy (consciousness), not the other way around. It’s funny using something so ignorant as the brain to teach and manipulate the mind when we should be using the mind to teach the brain. So how do we do this?  All we need to do is break these chains of the brain upon the mind by releasing ourselves of the brains intentions and yes it is that easy, this is accomplished through becoming aware of how the brain has chained the mind to the brains intentions for many generations.
Posted by Mathew Naismith at 09:38 No comments: