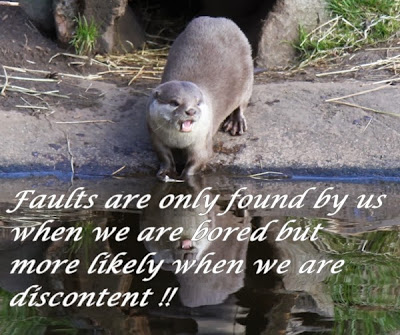 Fault Finding: First we should ask, what would a faultless reality be like? This of course depends on one’s own perspective; to a spiritually aware person it would have to be a reality full of unconditional love, understanding, contentment & acceptance however to a materialist for example what we have right now is perfect as it has all the right ingredients to manifest materialism for our desires.  Materialism isn’t of unconditional love, understanding, contentment & acceptance, it’s more self-serving & needs none of these attributes that spiritually aware people try to obtain so is a materialistic reality faulty to a spiritually aware person?

The answer of course is a big fat yes however if we asked, let’s say, a spiritualists as opposed to a spiritually aware person from India, what would their answer be if asked,” is this reality faulty’?  You most probably won’t get a direct answer but an answer like this, “If you perceive it to be faulty then it’s faulty”, so what is this answer actually portraying? By the act of seeing a fault in the first place we are inadvertently manifesting the said fault into existence & by persisting with this fault finding we are enhancing such manifestations most of the times unbeknownst to us.  Spirituality isn’t the only form of existence that does this, materialism works in the same way.

Materialism is all about fault finding, how else can we improve on materialistic objects & the way we sell these materialistic objects to people if it wasn’t for fault finding but what does fault finding portray?  Pure & simple judgment however if materialism is all about judgement what is spirituality portraying when it finds faults like with this reality for example? Judgment of course even after we have convinced ourselves we are no longer in judgement. To improve on anything judgement is first needed so if spiritually aware people like myself see that we can improve on this reality what are we doing? Judging of course, we just don’t seem to be able to get away from judgment but that’s not quite true.  An actual spiritualist doesn’t first of all see a fault with this reality so therefore no judgement has been made so what do they see? First of all true spirituality is about acceptance, it’s pointless becoming spiritually aware without being accepting straight up otherwise you will most probably be chasing your tail around for some time.  To a true spiritualist there can be only a difference at most because a true spiritualist is foremost accepting of any circumstance they find themselves in & this is why acceptance is so important straight up.

Let’s go back to a spiritually aware person being non-accepting so they may help amend our ways, does a true spiritualist look down at this kind of behaviour?  To a true spiritualist it is also accepted to be non-accepting even of themselves at times displaying non-acceptance, they accept that this non-acceptance is human & we are human so of course we will all portray such human tendencies as being non-accepting however once again it is wiser & more spiritual to be accepting than to judge.  This brings us back to the dilemma, to do anything one must be in judgement to act however this also comes back to making judgement on a need compared to a desire.  It is far more desirable for a spiritually aware person to make judgement on a need & the need in this case for a spiritually aware person is to amend our ways & allow the Earth & ourselves collectively as a species to heal however we must realise we are still in judgement otherwise we wouldn’t lift a finger without judgement but judgement for our need not desire.

Faultless Reality:  To me there are no faultless realities because there are no realities with faults to start with. An average spiritually aware person will see faults like with the ego for example or the chaos & mayhem that is going on in the world because to a spiritually aware person this is disruptive to their newly found feelings of oneness, enlightenment, unconditional love, acceptance & the big one, contentment for without contentment you really can’t truly attain any of the other experiences mentioned here.   If we are not content we can’t obtain these attributes mentioned so spiritually aware people find themselves in a materialistic reality that is quite disruptive to them so they judge this reality as being faulty in some way but what are we really doing here, is this of a need or is it of desire?

It would seem like a need but before I answer this question we should ask here, why do we feel discontent when becoming spiritually aware? It’s mainly because of the disruptions to our spiritual lives but it goes much deeper than that.  What we do is compare this reality to our newly found realties because we do, while becoming aware, find ourselves experiencing different realities & some of them are far less chaotic than ours. Now we can see desire come into the picture here. We desire to keep feeling good & positive as opposed to what this reality is mainly because we have found faults in it in comparison to our newly found realities.  This isn’t a need but a desire, if we are at all discontent it is of desire but if we are content it’s of a need obviously.

Using myself as an example; I have had a chronic disability since I was six years old, I am now fifty years old & with this chronic injury comes never ending chronic pain. I do to this day I can’t see any faults within this reality at the spiritual level & my disability is only the tip of the iceberg in what I have experienced throughout my life. I should also mention here I don’t take pain killers of any kind so how do I cope so well? I just don’t see a fault just an experience that is different to most people. I did mention I don’t see faults at the spiritual level so does this mean I see faults at the human level? Most definitely however it’s more about fault finding as a need than a desire most of the times however  I love expressing my human self so yes I do at times judge through my desires but I do notice the discord in this as opposed to my judging through a need these days.

This reality is one big WOW for me, I wish I could do this feeling justice & explain it better but WOW will have to do. How could I feel this about such a disruptive & destructive reality?  We spiritually aware people keep focusing on the disruptive & destructive parts of this reality but it’s much much more than that. Every conceivable emotion & experience can be encountered here; this is not a common thing in realities. I don’t just feel disruptiveness & destructiveness but all of what we are able to experience in this reality when I get the big WOW feeling all at the same time; it’s a very special reality believe it or not.   So should we all be this content with this reality the way it is? Not on your nelly (life) because that is what makes this reality such a big WOW, we see a fault & then we see a need as opposed to a desire to change it however non-spiritually aware people will display more of a desire than a need which adds to the flow of things within this reality. Trust me this is a very special reality indeed so in all to me it’s a faultless reality.
Posted by Mathew Naismith at 09:21 No comments:

There Are No Human Faults Just Differences 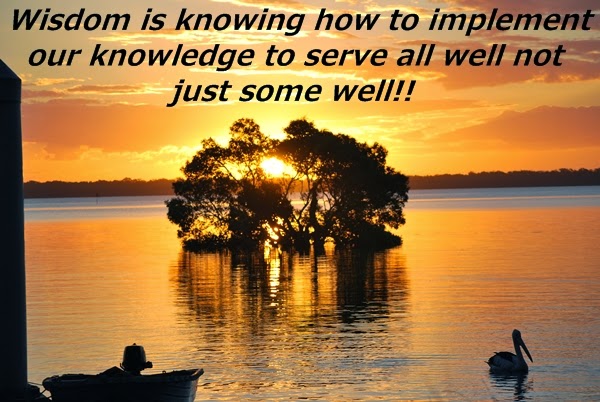 On this particular site we are having a discussion about someone who has experienced a state of unconditional love & one person mentioned that everyone has faults & I said I don’t. The following reply explains my stance on this.

Faults are a funny one, what one sees as faults others don't as it's all defined by our perception.

I don't have faults Bill myself, what I do have is differences because faults are usually defined by a difference to something else. A good example of this is religion or any belief system for that matter. If I went into a Catholic church & sprouted on about Buddhism for example I would be at fault but of course if I did this at a Buddhist temple that would be a different matter.

You could look at egotistical tendencies as being a fault but other egomaniacs wouldn't. There are really no faults at all just differences in my mind.

If we could only train our minds to think only in differences than from faults or a condemnation life would change somewhat to what we perceive now.  Our perception is brought on by how we look upon ourselves & the rest of the world around us. We tend to look at the world & think this is what is giving us our perception but it’s not, it’s the other way around. Let’s take a look at all the hatred & aggression in the world today, it would seem this is what giving us our perception of the world but it’s not. For anything to happen, including war, it would have had to be perceived by certain people first to happen in the first place.  Our perceptions are what makes the world what it is not the world making us what we are.

We tend to look at everything as being of fault because it’s not of our perception so we see fault or an opposing force but all we really need to do is look at everything as just being a difference. Let’s take war for a good example, for war to start some individual or group must see a fault in someone else or another group of people for war to be perceived however if we saw them as just being a difference war wouldn’t be perceived. This is showing a problem here & the problem is even if we can’t perceive war ourselves war can be perceived upon us by people who can see a fault instead of just a difference, that’s called life I’m afraid.   Yes, if we could all just see a difference instead of a fault & become more accepting through just seeing a difference, life on this planet would be somewhat different to what it is today. It only takes one thought process to change our perception & our existence as a whole but of course this takes wisdom not just knowledge to occur.