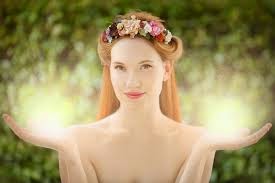 I would like to firstly convey that I’m not directly referring to Stephen Kings, The Shining, this post is more in line with the inner glow that a mother to be will experience at times, or more precisely, the glow that you will get in spirituality.

Not all mothers to be will glow; this is due to a number of factors usually associated with intentions of the mother to be or other people’s intentions around her. When a mother to be glows is this intentional? There are no intentions, it’s just a natural process brought about naturally. Notice a mother to be who really glows, it’s a show of pure instinct without having to manifest such instincts, now notice a mother to be who has to intentionally manifest such instincts, the shining is less noticeable in this case. Now this shining comes from within, either you be an expecting mother or a spiritually aware person. We constantly allow external sources on a daily basis to hinder this shining within ourselves, this is due to using external sources to manifest our desires which takes the shine off our glow.

The shining isn’t just to do with healthy fit people either, many people who are terminally ill will experience this shining, this inner glow, actually anyone at any time can experience this shining. There doesn’t seem to be any factors involved here that causes such shining to occur but that’s not true, the shining always comes from within to start with.

Take a mother to be, what actually causes this shining, this glowing that seems to come from within?

Yes its natural instincts but what is actually causing these instincts to come forth, the inner glow? Creation itself, being a mother or a mother to be can be very spiritual; some fathers actually feel this as well and can also shine. Take a spiritually aware person who is well connected to the inner self, why do they at times really shine, I’ve experienced this myself and I know a number of other people who have also experienced this shining.

Speaking for myself, when I shine, which is noticed by a number of other people around me, it comes without any intentions what so ever just like a mother to be.  I don’t shine a lot however, this is the funny thing……….I intentionally stop myself from shining for various reasons which I won’t go into, actually we all stop ourselves from shining in one sense or another.

How do we unknowingly stop ourselves from shining?

Can you see how unintentionally we have lost our shining, our inner glow? You can’t be manifesting anything and at the same time be in the present moment, being in the present moment isn’t about thinking and it’s certainly not about intentions which is all about the future. Yes these people will feel good within themselves and seem happy and content but this isn’t the inner glow I am talking about, the inner glow can only come from internal sources not external sources like something intentionally manifested that makes one happier.

How many times has a mother to be intentionally fallen pregnant to feel happier and give herself more fulfilment in her life?  These mothers to be don’t always glow, and when they do, it’s not the intentions that is making her shine but her natural inner instincts which automatically happen without intentions.  You will notice any mother to be who has fallen pregnant with the firm intention of making her life more fulfilling won’t shine as other mothers to be do without these intentions.

Looking over the net, we don’t seem to be able to fully let go of the ego which is all about intentions and manifesting for our own desires,  we are again using spirituality for self-gain.  It’s strange to see that one moment one is talking about living in the now and the next moment talking about active intentions and self-manifestation. This is like thinking a lot but at the same time trying not to think, you can’t think and not think at the same time in the present moment, it’s either one or the other.

Can one be into self-manifestation one moment and the next moment be just in the present moment, the now?

So how do we change our existence to a more constructive existence without intentional manifestations?

Could you imagine if everyone just stopped with their intentions, there were no intentions by anyone, what would happen, or more precisely, not happen?  We wouldn’t have conflicts and destructions; we would have utter peace and internal utter peace which I feel would in turn bring out our inner glow, the shining.

OK, a lot of us still seem to be choosing to go along with intentional manifestations and that is fine, that is but one way to exist but you can’t at the same time desire total absolute peace and harmony while intentionally manifesting, it’s again one or the other.

My own shining just comes to me without any intentions what so ever and so can yours, be an expecting mother and glow. Don’t laugh at this, we can all be expecting mothers and glow without a doubt.
Posted by Mathew Naismith at 10:39 No comments: