Ascending or Expanding on Our Awareness??? 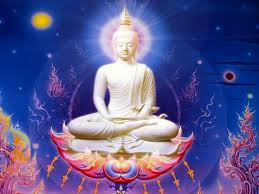 Are we ascending from a state that is less worthy or just expanding on our awareness?

Rising up: In my last post I spoke about ascending, as in widening our awareness to our truer self as opposed to rising above a deemed unbecoming state of some kind. I received an interesting response to this post, ascending means to rise, this is true but rising above another deemed or judged state doesn’t quite fit within true spirituality. Once we judge a state less worthy than another, we have separation when we should be working towards oneness, in other words instead of more separation while becoming more aware, we should be less about separation not more I feel.

To rise up out of what, a lower level of existence? This is judgment and separation to start with, ascension to everyone doesn't mean to rise up.

Ascension in spirituality for some people means to expand on one's awareness, this can be often seen as rising up out of an unaware state but that's not what is actually happening, especially when you consider we are always in an ascended state. How can you ascend (rise) from an already ascended state?

The reason we don't think we are ascended is because we are unaware of this, all what being ascended means is becoming aware of our ascended state, a state of oneness, it's all to do with an expansion of awareness, not the rising up of awareness.

Instead of explaining this awareness as an expansion, we explain it as an ascension, a rising up out of a state of ignorance. It's really not the right terminology to use in spirituality in my mind.

The reason we use ascension is it feels like we are rising up out of an unaware state, however, you can’t become aware unless you are unaware to start with, this is like ascending, you can’t ascend when you are already ascended. Actually there is no such thing as ascension, to have an ascension you need an unascended state to start with, this unascended state  only exists because we are unaware of our truer nature, our truer self. They don’t call it spiritual awareness for no reason, spiritual awareness to me is about becoming aware of our truer nature, not ascending from a judged unworthy state.

I very rarely say what people want to hear, people want to hear we are ascending which is quite understandable, we don’t exactly exist in a harmonious constructive existence. Any feeling of rising above such an existence is going to feel like an actual ascension, a rising above a most unbecoming state of existence. This is fine but only to a certain point, once we judge what is and isn’t an ascended state, we have more separation when we should be doing quite the opposite. There is absolutely no separation in  a true oneness state, the more aware we become, the more of this oneness we are of, or should be!! 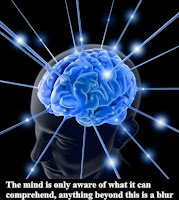 An expansion of awareness; as opposed to an ascension, means while we are becoming aware, the more likely we will experience states of oneness, this is due to not separating an ascended state from a non-ascended state for example, there is only oneness no matter what we experience. This is why I see ascension as an expansion of awareness rather than a rise from a judged unworthy conscious expression/experience. Is a destructive inharmonious existence unworthy or even wrong? No, because  it’s just another way to express consciousness, instead of going with the flow, we go against it, the reason we go against it is because we are unaware of the natural flow of cycles. This choosing to go against the flow is natural believe it or not, what isn’t natural is the actual expression of going against the flow.

Look at it this way, it is natural for man to war because he’s so unaware of his natural state, it’s not natural for him to war to the extent of total extinction of man and beast. The more aware we become, the more natural will be our state of existence, this is all due to expanding on our awareness, not rising up from an unnatural state. Warring is not an unnatural state if such consciousness is unaware, it’s not unworthy, what is unworthy is warring when we are supposed to be aware.

Not accepting the continuous passing cycles is going against the natural flow of these cycles, however, while in an unaware state of consciousness, this action is natural to an unaware state of existence, what isn’t natural is the continuation of rejecting such cycles to the bitter end. Each cycle is awareness building, do we go against this natural flow and ignore such awareness building cycles until the end?  It’s really unnatural to exist primarily for an end, this is because there is no true end of anything, energy itself is infinite. Does any other animal exist to utterly destroy it’s own species and everything else? We are actually in an unnatural state but it doesn’t make this state of existence unworthy, what it make it is self destructive. 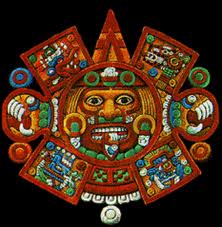 The natural cycle: Being self-destructive isn’t unworthy, it’s just another way to express this consciousness no matter how unnatural such expressions seem. Being self-destructive is but another cycle, however, it’s not a natural cycle, a natural cycle is about becoming more aware of our natural selves, our truer selves, as each cycle passes. Yes you could say we are ascending from such a state but it’s more that we are expanding on our awareness as each cycle passes.

To me ascending is an expansion of awareness, not the rising up from an unworthy state of consciousness. If we haven’t judged a right or wrong, why are we ascending, as in rising, from a certain state of existence when there is no true right or wrong?  We are still judging a right or wrong, an unworthy and a worthy, all this is going to do is continue the existence we are experiencing at present. Real reality changing takes us to  think and express consciousness quite differently to what we are conditioned to express, in my mind this will take us to desist in judging a worthy and an unworthy, a wrong or a right.

What creates chaos? Motion, each  expression of consciousness represents motion, judging a right or wrong, worthy or unworthy represents a huge amount of motion, the more motion we express, the more chaos we will create and express. This is why in real spirituality they tell us to quell the mind which lessons our motions of expressions and in turn the chaos in our lives. I don’t always do this myself because I haven’t judged what is and isn’t worthy of expressing, I’m quite happy to go along with everyone else’s expressions of consciousness. 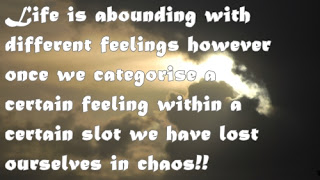 Chaos: The point is, I see many people wanting to rise up out something unworthy to find a better way to exist , if we truly want a better existence, what I’m saying is stop intentionally trying to rise up out of what is judged as unworthy, all this is doing is causing more ripples, more motion which in turn causes more chaos. I see a need from people to expand on their awareness so they can go along with the natural flow of these cycles, not against them and certainly  without causing any ripples to this natural flow.

Recently, while in thoughtless states, the first messages I receive is, “this is a strange or funny existence”, this is in reference to avoiding going along with the natural flow of these cycles, why would any consciousness deliberately choose to do this?  It’s really only deliberate because we are still quite unaware of what life would be like if we went along with these natural cycles. Many of us are also fixated to such cycles so we avoid going on to the next cycle. There is nothing worthy or unworthy about physicality itself, this reality, at present it’s just not in line with the natural prepossess of these cycles. These cycles represent motion but what makes these motions really chaotic is the way we react against them instead of with them.

Adolescent stage: I wrote some time ago about how human kind is coming into it’s adolescent stage, this is very much in line in how the human kind of adolescence behaves, the reactions to life and the awareness of life one has at this stage, is the same on a human collective scale. We think we know it all at this stage so we stumble through life making numerous mistakes and unnecessary hardship upon ourselves, we can simply avoid this by going along with the natural flow of the life cycle of humans. Each human cycle is a awareness building from infancy to old age, what I feel we are doing at present on a collective human scale is fighting against entering into the next cycle of life of awareness expanding.

Yes, it’s daunting becoming an adolescent, it’s not an easy stage to get through but we could on a collective scale make this cycle a lot smoother going but we seem to be deliberately avoiding going through this cycle, we would rather rise up to being an adult straight up from childhood or avoid going on to the next natural cycle all together.