Coping with the Transition 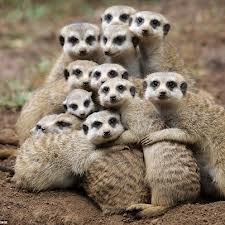 I’m usually quite an accepting bloke but in recent times this tolerance has been tested to the max, there is a reason for this that I think has to do with letting go or not letting go.

Change is inevitable, everything around us is on a continuous changing cycle and we are a part of that continuous cycle, resisting any natural cycle of change is obviously going to have certain consequences for us, consider this, what happens to people who resist  maturing? Life automatically becomes more chaotic than it should have been for them, the cycle of maturing for an individual is to me no different to maturing as a race of people or even souls.

Coping with Change: In recent times, I have had to take legal action out against certain members of my immediate family, we are worlds apart in mentality and transitional change from one cycle to another, this seemingly widening gap is causing undue friction. My wife and I are also clashing with our next door neighbour, the widening gap between our neighbours and our own mentalities is quite apparent.

Imagine being a dope attic and being tossed into a bunch of people who are anti drug attics, there not going to be able to handle these vibrations very long, these other vibrations are going to be quite overwhelming for such attics. This is like trying to mix discord within numerous harmonious vibrations, any such discord is going to have certain consequences for such discord and visa-versa. I usually don’t have a problem in mixing with such vibrations, this isn’t the same with vibrations in discord, the reason for this I feel has to do with being like a drug attic, they can’t let go of  their own vibrations that makes them feel secure for a newer cycle of change. This is like taking the drugs that an attic is fixated too away from them, they usually act quite aggressively, any threat of taking away an old outdated conscious mentality is obviously going to meet up with the same reactions.

Being spiritually aware means being aware, it also means that we will cope with these ever changing cycles a lot better than most other people, especially people fixated to out dated mentalities and cycles. When we finally learn to go along with the natural flow of these cycles, we will create for ourselves, and everything around us, a lot less chaos, in other words we will be able to experience these natural cycles with a lot less chaos and mayhem.

PS I should point out that I used the Australian way of spelling within this post.
Posted by Mathew Naismith at 09:32 No comments: