A Union of Souls 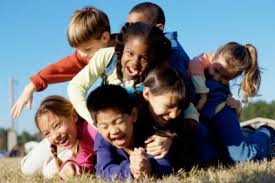 Please try to remember, the only part of us all that takes offence is the ego in control. If anyone's words and reflections are offensive to you, especially when their not abusive, just simply of an honest reflection, is a sign that the ego is in control. Honestly, this is in us all.

I see the union of souls somewhat differently. Instead of a visualisation of two people embracing in love and of unconditional love, I visualise children of all cultures playing together. A sense of desire in this case is absent and replaced by open honesty. You see, children are not totally conditioned to desire, bias or prejudices; their love is far more representative of a true union of souls in this case. So why do so many people today think of unconditional love, acceptance and the union of souls being represented by only two people?

To be perfectly honest, the visualisation of couples embracing each other and representing unconditional love and acceptance, is all to do with desire, a desire to also be coupled in this way in union with another person. Religion today is becoming unpopular, while at the same time the union of souls is only represented by couples embracing each other. I am not religious myself but I can see that a non-radical religion is the union of all souls without exception. A non-radicalised religion is simply a religion that is not used for desires of man but for the need of all. On the other hand, radicalised religion, or any ideology or ism, is used to fulfil the desires of man.

Non-Radicalised Religion = A religion not used and abused to primarily serve the desires of man.

Radicalised Religion = A religion primarily used and abused to serve the desires of man.

The radicalisation of religion is often of the disunion of souls, as human history clearly shows us. What is known as the religious Dark Ages, Christianity even turned on itself creating a disunion between people of the world. Of course this was purely based on desire, a desire based on desired truths rather than honest truths.

Even being of a western culture, I am aware that the western mind prefers a desired truth over and above honest truth, in all of us no mater what culture we come from. Why do you think dishonesty exists, because it doesn't have to exist, or more precisely, needn't be predominant?

Western mind in all of us = dishonesty, dishonest truths, disunion

Eastern mind in all of us = honesty, honest truths, union

Material Existence = No God or a more aware and wiser creative consciousness could ever exist immaterially. Consciousness is limited to a physical entity, the finite.

The eastern mind in all of us always feels for a soul lost within its own creation....

Posted by Mathew Naismith at 08:20 No comments:

Speaking with the Universe 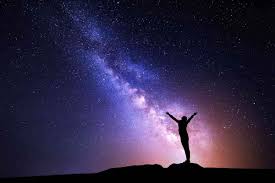 An actual act in speaking with, not to, the universe seems like a strange concept or perception does it not? Not to a lot of people. To a lot of people, talking with the universe is talking directly to God or source of creation. To a lot of other people it's more to do with oneness, being that all energy isn't perceived to be separate but of one source. Only to the ego is energy perceived to be only of separate entities, therefore only of the ego is time and space perceived thus creating a perception of separate entities. It is then quite understandable why time is going to quickly these days, how much separation is perceived these days by the collective consciousness?

The separation and division between rich and poor is greater.

The separation and division between negative and positive is greater.

The separation and division between light and dark is greater.

How much above do we portray human physical beauty above all other beauty? This is all simply an abuse of energy through separation and division.

Yes, media has brought us more together, to simply show how separate we are to each other!! Through the media, we seem to perceive more through separation and division in what is positive and negative, bad and good, wrong and right, black and white. How many people, through mass communication (media), are now trying to separate themselves more from the present negative (toxic) reality? Of course time is going to be perceived to go quicker, energy as a whole is separated into so many different divisions.

This is exactly why people like me, who observe human consciousness, observe it as a consciousness lost within its own creation. When it is said that this is the age of false prophets, they mean that the ego in control will be at its most deceptive and receptive to deceit. Human consciousness will simply deceive its own consciousness, this is while the signs, like the perception of time quickening, clearly tell us we are being deceived. In a way, this is the universe, an undivided energy source, speaking to us and telling us that we are deceiving ourselves. How can you talk about oneness and unconditional love, while at the same time trying to separate yourself from everything that doesn't make you feel good?

Consider the universe. The universe has many children as in many galaxies, solar systems, suns, planets and many other entities such as black holes. The universe works as one while at the same time each entity within this universe also works individually. Children within a family unit act as individuals while being a part of a family unit, a collective. What humans don't often perceive is that we are a part of a family unit called the universe. How many of us have even separated ourselves from Gaia, mother Earths family. Within our ongoing separation, we are abusing energy and hurting the family unit, the Earth itself!!

Imagine communicating with the universe itself exactly like you would with another person, the only exception being that the ego is not in control. When you take away the desires and attachments of a controlling ego, like perceptions of negatives and positives, light and dark, God and man, in other words all separations and divisions of energy as a whole, communicating with the universe one on one becomes easy. What occurs when you have no sense of separation with your parents? Communication becomes easy; the Eastern mind relates this to the universe as well, remember though, the Western mind won't as this is its natural state to individualise and divide like all the entities within the universe seem to be.

I am presently in a state where I have no desire to separate myself from a state of separation, to desire this would be of separation and division and we should know what separation and division of energy creates. The world at present is a prime example. Simply being aware of my own collectiveness with the universe as whole is well and truly all I need at present in my life. Avoid at all cost in any concept, ideology or ism that is all about the separation and division of energy in any sense. The collective human consciousness, in my mind, needs more union not less, especially to be able to hear what the universe is trying to say. How often, as children, don't' we hear what our parents have to say when not working in unison and harmony with our parents, with the family unit as a whole? The same is with the universe, however, the Western mind in all of us won't want to comprehend this, this is why the balance between the Western and Eastern thinking is always wise in my mind.

By the way, many people say they are speaking to and not with God or the universe; this is also a sign of separation and division. To hear the universe speak, you must be speaking with the universe; everything else is a fallacy, a deception by individual entities within the universe itself.
https://www.craigbeck.com/hear-the-universe-speaking/

Did the city worker do a bad thing? No. As we have previously stated, good and bad are always subjective, the homeless man may have used that money to clean himself up and eat a decent meal, or he could just have likely spent it on alcohol or hard drugs. No act is either good or bad, but rather it is a decision that either serves us or it doesn’t serve us.

Posted by Mathew Naismith at 07:26 No comments: