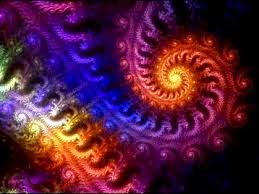 Before I try to answer this question I would like to express why I think non-duality is a new toy to us, this may however upset a few people who utterly believe everything has come from a state of non-duality, a state of utter timelessness or nothingness as some people put it.

What happens when a child receives a new toy especially a toy that far outshines any other toy they have?  All other toys become obsolete, the child becomes ignorant to their other toys because this new toy is the be and end all at this moment in time.

While living in a state of duality, we have discovered a new toy called non-duality, this new toy outshines our other toys of duality so this must be the be and end all, this is where we were obviously all created from.  The problem with ignoring our other toys of duality is we are living within this duality while trying to ignore duality; we can’t do this unless we judge duality as being an illusion, after we do this duality becomes a lot easier to be ignorant towards.  A child doesn’t have this problem, once a child has a favourite toy, no new toy will take its place. The child is aware of their new toy but they are also aware of their favourite old toys as well. Isn’t it better to be aware of all of what is instead of just being aware of what we only want to be aware of ?

The funny thing is we haven’t done this, we are trying to discard any toy, including our favourite toys, in favour of a much newer much brighter toy called non-duality, this new toy is the be and end all above any other toy we have.  Does this sound a little like a spoilt brat?? Don’t worry I was doing the same thing.

I’m going to try to put duality and non-duality into perspective here before I go on.

Non-duality = timelessness + no intentions + no push and pull effect + no cause and effect + non-physicality + motionless + nothingness + no thought + God?

How do you get a consciousness state of duality from non-duality? It’s utterly impossible unless conscious states of duality have always existed.

Another thing to take into consideration is, if non-duality is of timelessness that means anything of time has always existed, it’s a timeless state, there are no starting or ending points of creation so how was time created even as an illusion? In this timeless state you can’t even create an illusion, it’s utterly impossible. This all means we couldn’t have come from non-duality, a timeless state, time (duality) has also always obviously existed.

Now I’m probably going to upset a few more people here in making reference to God, this reference isn’t of a religious ideology of God but of a metaphoric representation.

What has God represented? It’s represented the creation of all things, it’s the metaphor of all of creation, nothing can exist without being created from what we call God, the source of all creation, does this not also mean conscious states of duality? If this God, the creative source, is supposed to be nothingness, totally without intentions or purpose, how did this creative source create duality and to what purpose?

What’s above is also below, it takes two opposites like male and female to create a child, in my mind it also takes two to create all of what is. The funny thing is there are no true opposites; it’s all of the same source, what we call God. Duality uses these so called opposites to create from which can, if we become disconnected from the source, create a Godlessness, a total disconnection from the source. This is caused by just existing within duality and ignoring all our other toys of non-duality. Once we become ignorant to our other toys, we become disconnected to the source of (all) creation, this in turn creates chaos and destruction quite automatically, in other words what I am saying is chaos and destruction are an automatic response to our disconnectedness.

Am I saying the source of all creation, which a lot of people call God, is of both yin and yang? Most definitely, it’s of both non-duality and duality which creates all of what is.

Note: Please try not to take offence, this is an expression of my path only and shouldn’t be taken to heart, one must remember that all paths no matter what are worthy.
Posted by Mathew Naismith at 09:10 1 comment: