Inner Voice of the Source- The Inner Temple 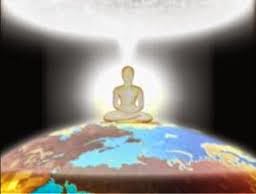 I don’t think a lot of people are going to resonate with this post either, we should try to remember we are all on different paths but on the same journey, it all comes out in the wash, meaning, the destination and the outcome is the same no matter what path we follow.

What’s more important or worthy, being human and wanting to become one with the source or being the source itself and just being human, in other words expressing the sources consciousness? This is not an easy question to answer even though it might seem easy and seemingly obvious.

At the human level of perception this is very hard to believe or perceive, this is mainly due to  self-judgement of ourselves and each other and looking up to a source that is supposed to be mightier than ourselves. This is where I feel religion has gone astray, instead of looking at ourselves as this source or Jesus or Buddha, we have judged ourselves inferior therefore idolised such sources when we are that source itself.  Jesus never wanted to be idolised as he knew.” I am you, as you are of me”, we are all of the source itself.

There is another point to make here, why would a source, the inner temple, create something that is supposed to be less worthy than itself; we are an example of this? The point is it wouldn’t unless it’s just as worthy.  All we have done is forgotten who we are, so because we are absent minded about our true nature this makes us less worthy?

Just think of the human race as a children, we are ignorant to a lot of things until we are made aware of them through education and experiences, are our children any less worthy than adults because they are ignorant?

When they say God the all mighty father, this isn’t to me far from the truth even though I’m not religious, the source itself is obviously more aware so we show respect like we would our own parents.

Look at it this way, this reality is the classroom and we are the children, however, instead of learning from our parents we are learning from each other, what do children unsupervised learn from each other?  To me this is exactly what we are all expressing; all the naughty little things and deeds that children will express unsupervised, to me this chaotic destructive existence is an expression of that, this is due to not listening to our parents, the source.

Religion has tried to give us this connection with our inner temple, the source itself, basically our parent, to learn from, you can’t learn from an adult unless you have a connection with them.  Basically what happened was egotism; we built glorious monuments to this inner temple to reconnect ourselves with this inner temple, the source, instead of learning not to be egotistical we learnt quite the opposite. Our intentions were honourable but our own ignorance of who we are made us egotistical and judgemental. When we expressed egotism we created judgment and as soon as we created judgment from being so egoist, we in turn created chaos and destruction.  The human race reminds me of spoilt brats that aren’t properly supervised or taught a proper way to behave; they will cause chaos and at times destruction.

So why doesn’t the source, our parent the inner temple, supervise us better? Well actually it does, it’s just that we are that spoilt we just won’t listen. How many people in the world ignore the inner voice? This is the source our parent speaking. How many of us learnt from the teachings of educationalists (teachers) like Jesus and Buddha?  I could go on, the point is we are being guided but we are not listening.  I feel the source is very passive, it won’t forcefully guide us or chastise us but this source will allow us to learn the hard way if we are not listening. It seems quite strange to me that we have chosen the hard way to learn when we are constantly shown an easier way to learn.

We don’t need to build monuments in respect for the inner temple; it already exists within the source itself without any expression of egotism.  Yes as children we should show respect, not by building flashy monuments but by listening to the sources voice, this is a true sign of respect. This new/old age spirituality, void of religious doctrines, is in away trying to rid itself of these monuments but in certain circumstances making the mind and body the monument when the mind and body is only a vessel, yes we should look after this vessel but not egotistically. This is falling into the same trap as religion did in my mind.

So getting back to the initial question, what’s more important or worthy, being human and wanting to become one with the source or being the source itself and just being human, in other words expressing the sources consciousness?

Since my mid-teens it’s always been all worthy, I was lucky enough to be appreciative of being expressive of the sources consciousness, however, I haven’t always listened the sources voice either as children don’t always listen to their parents.  Acting the brat however denotes a high level of egotism, we should be aware of our own brattish ways for a brat very rarely listens to their parents as we are not listening to the sources voice, the inner temple.
Posted by Mathew Naismith at 09:32 No comments:

The True Essence of the Inner Temple 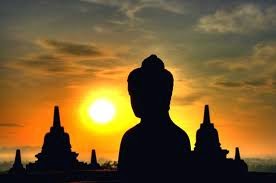 When this came to me last night I wasn’t going to write about it, I’m still not sure about writing this as it’s a little beyond my writing skills, how do you write about the inner temple of oneself and at the same time relate this to our expression of this which, at times, can be egotistical. By the way, I’m not talking about the Honourable Society of the Inner Temple, the four Inns of Court in London, but our inner selves, our true essence self.

Right throughout human history you can see that we have always tried to mimic this inner temple, the pyramids are a good example and so are the cathedrals and other man made temples mainly of worship.  I feel, unbeknownst to us, we have always tried to physically manifest this inner temple, which at times, lead to just being an expression of egotism and we wonder why we have lost our way.

By building bigger and flashier monuments, we believe we are being more expressive of this inner temple; this is quite an understandable reaction however by doing so we have allowed our egos to become totally controlling which I feel has lead us away from our inner temple not to it.

There are many spiritually aware people today who have turned away from such expressions; they no longer see that a man made monument depicts their inner temple so how do these people now physically express this inner temple?

The mind and body has now replaced man made monuments, the mind and body has now become our expression of this temple so the more we follow certain practices like Yoga and meditating, the greater our own physical temple will be. This is only true if we don’t become too egotistical about it, I personally know a yoga teacher who became quite egotistical, yoga became the be and end all, I see this everyday on the net. ‘”If you don’t sit or eat right for example you won’t become connected to this inner temple like I have”!!

I worked in the disability field with people with all sorts of disabilities; some of these people who couldn’t sit right, eat right or meditate right were more connected than a lot of people who have physically built themselves into a glorious monument, these disabled people have become expressive of this temple without building a monument reflective and expressive of this inner temple, how could this be so?

There is nothing wrong with building physical monuments of any kind to be expressive of this inner temple unless we ourselves become egotistical about it, there is however another way to be expressive of this inner temple without building monuments, it’s through just being, being in the present moment especially without intentions, just be. Building monuments is of intentions but being just in the now, in this present moment, is of no intentions; it’s free of any expectations or disappointments because there is only the now.  It is quite clear how people, who have a disabled vessel, can be still expressive of the inner temple.

There is no right or wrong way in expressing this inner temple, there is only a more or less destructive way to exist!!
Posted by Mathew Naismith at 10:19 1 comment: