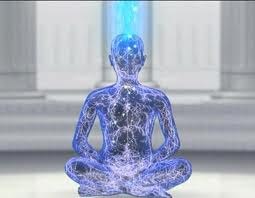 This is quite interesting, never have I written about this kind of topic before, it must be the right time to do so. I'm into just letting things flow, this of course doesn't always occur, at times I try to go against the flow like anyone, I suppose it's the way of the wind that goes against the flow of water. It's wise to be aware that, "As of the flow of water is natural, so is the wind"....Mathew G. It seems I am going off tangent once again, off topic, "Go with the flow of water Mathew, not the wind".

The flow of water is about alien projection, aliens being that advanced that they need no transportation vessel to transport them from one point to another, no matter how far away these points are from each other. We so often hear about stories of aliens crashing into our planet, we often look upon these far more technological beings as being way above our own technological advancements. We also presume that these aliens are advanced beyond all our abilities when in actuality their not.

Another way to astral projection is through  dream states, it is said that we all astral travel in this state, it's just that we don't remember doing so. One of the reasons we don't remember, is due to being unable to perceive of other existences and environments out from our own , this is because our consciousness is only conditioned to a particular environment. You also might have experienced dreams that are not of form or the form is unrecognisable to you, the possibility of this kind of experience being an astral projection is pretty good.

If human consciousness is able to astral project itself either at will or in our dream state, I think any alien that is supposed to be far more advanced than ourselves, should be able to do the same without using a transport vessel of a kind. However, just because a conscious species is advanced technologically, doesn't mean they are also advanced in other areas, in actuality, they may have no way to astral project themselves. The conscious make up makes us who we are, anything beyond this is usually incomprehensible.

Alien projection isn't referring to a mentality of little green men from Mars either, we call these aliens, especially the non-3rd dimensional aliens/beings, different names like pixies, angels, God's and Goddesses and so forth. Because everything is created from consciousness and is therefore of a conscious entity, certain aliens can shape shift into what ever they like, this even includes a rock. I at times myself become a cloud, a cloud that is able to consciously observe. You don't imagine yourself being a cloud, you actually become a cloud. Believe it or not, human consciousness has no boundaries, detach your own consciousness from our present created limited conditions, the sky is no longer the limit, meaning, human consciousness has no boundaries of what it can experience.

Indeed, projecting ourselves beyond human consciousness is going to be alien to us, however, once a consciousness adapts to this, our limitations fade away as if they never existed in the first place. It is also wise to be aware that aliens can and do often make out they are supreme to us, be wary of this.
Posted by Mathew Naismith at 09:44 No comments: