Bewildered -You Are Not Alone 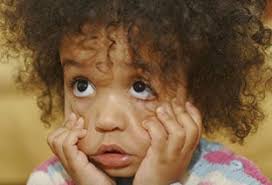 If you are thinking that all the tribal disputes that are occurring at present are consciously backward and abusive to energy as a whole, you are not alone. This includes anything from atheism to religion, materialism to spirituality, advancing science to main stream science and so on it goes. Main stream science simply means a science that dogmatically follows certain doctrines/concepts that are based on 3rd dimensional aspects only. Today's science is supposed to lead to tomorrow's science!!

This post actually stemmed from what long lasting internet friend of mine shared with me. If you are as bewildered and perplexed as I am in our interactions with each other at present, you should find the following video interesting and hopefully helpful.

Thanks for sharing this with me Charlene, he says what I state so often very well.

We have a much bigger tribe these days but at the same time critically judging and leaving the ideologies and isms that keep this tribe working together as one.  I am not fond in how we have abused these ideologies and isms either, but to increase this abuse is only going to lead to one thing, more abuse and destruction.

Is New Age spirituality helping with bringing the tribe together as one?

I had a lengthy discussion with a New Age spiritual person just recently; they indeed think they are our saviours. The rest of us are wrong, negative (toxic) and bad in some way, especially the ideologies and isms we follow.  Yes, there has been abuse of these ideologies and isms but there has been a lot more moral tribal bonding than abuse.  Is it being positive when a person who only self-deceptively only looks at the abuse created by another ideology or ism?  And we wonder why deception has flourished in such an environment!!

I personally know of Catholics who help known atheists who are having a hard time of it, would most atheists do the exact same thing to Catholics? No, because these Catholics are wrong, negative and bad in some way. In cases like this, Catholics show no bias but the same can't be said about atheists in the same circumstance.

How many people these days blame religion for all the wars and conflicts? I have simply lost count and yes, it's that many. So for starters, religion was behind the two world wars, not politics or a lust for power and control primarily? It is all about self-deception these days which is purely based on bias and bigotry.

Sorry for this Charlene, it looks like I am going to turn this into another post. I really do appreciate you sharing this video with me.

Be blessed and well,
Mathew

Posted by Mathew Naismith at 08:49 No comments: